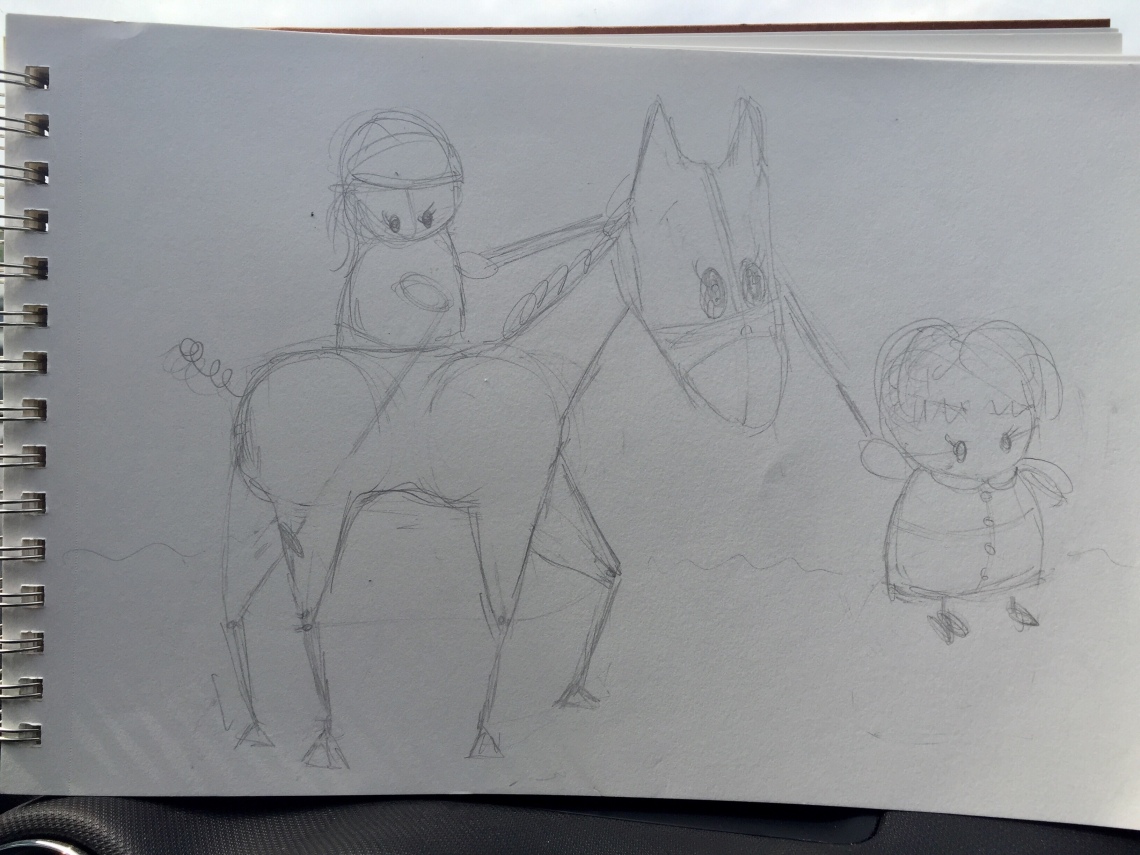 I totally enjoy practicing drawing the challenging but moreover developing my own style. Most sketch as close to reality as possible but I like to go a step further and make the subjects as kawaii as possible. Adds character and certainly something unique! 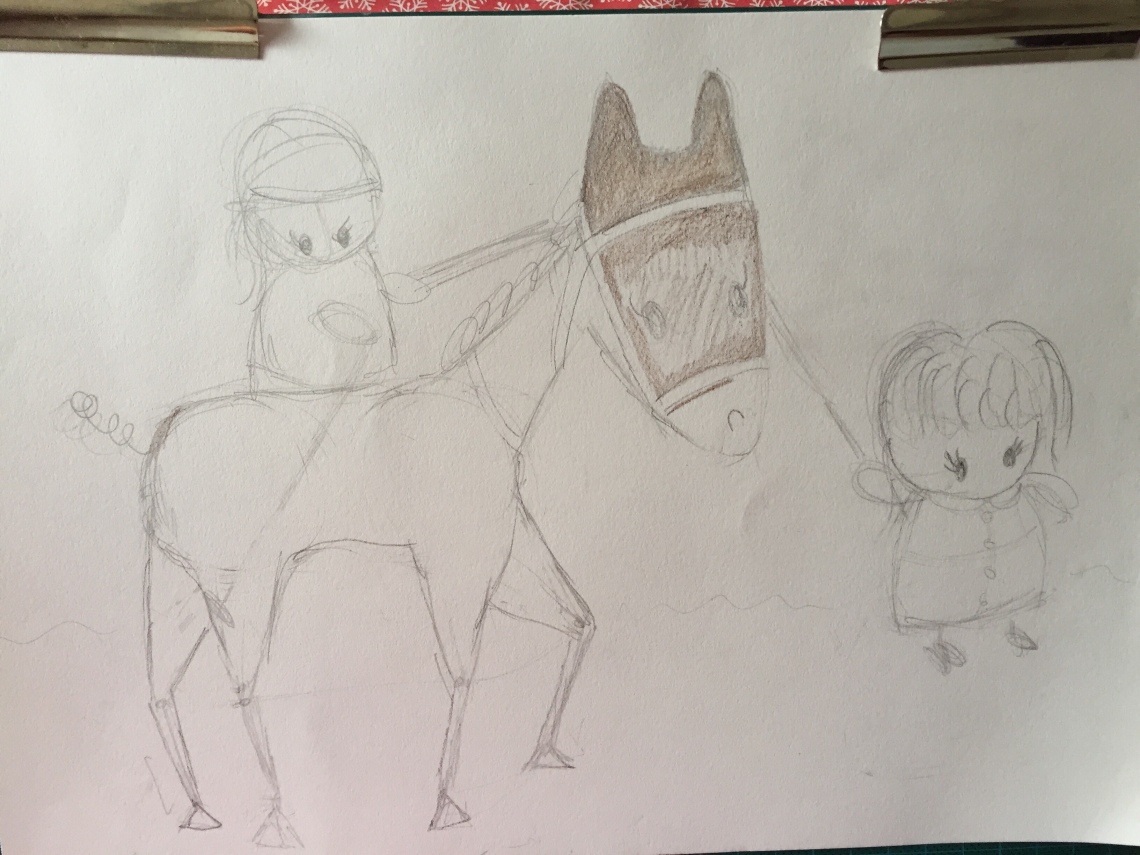 So once happy with the initial sketch, I decided to go ahead and colour! The previous sketch from the same match was all in plain graphite pencils so I thought making it in colour would be a nice change. 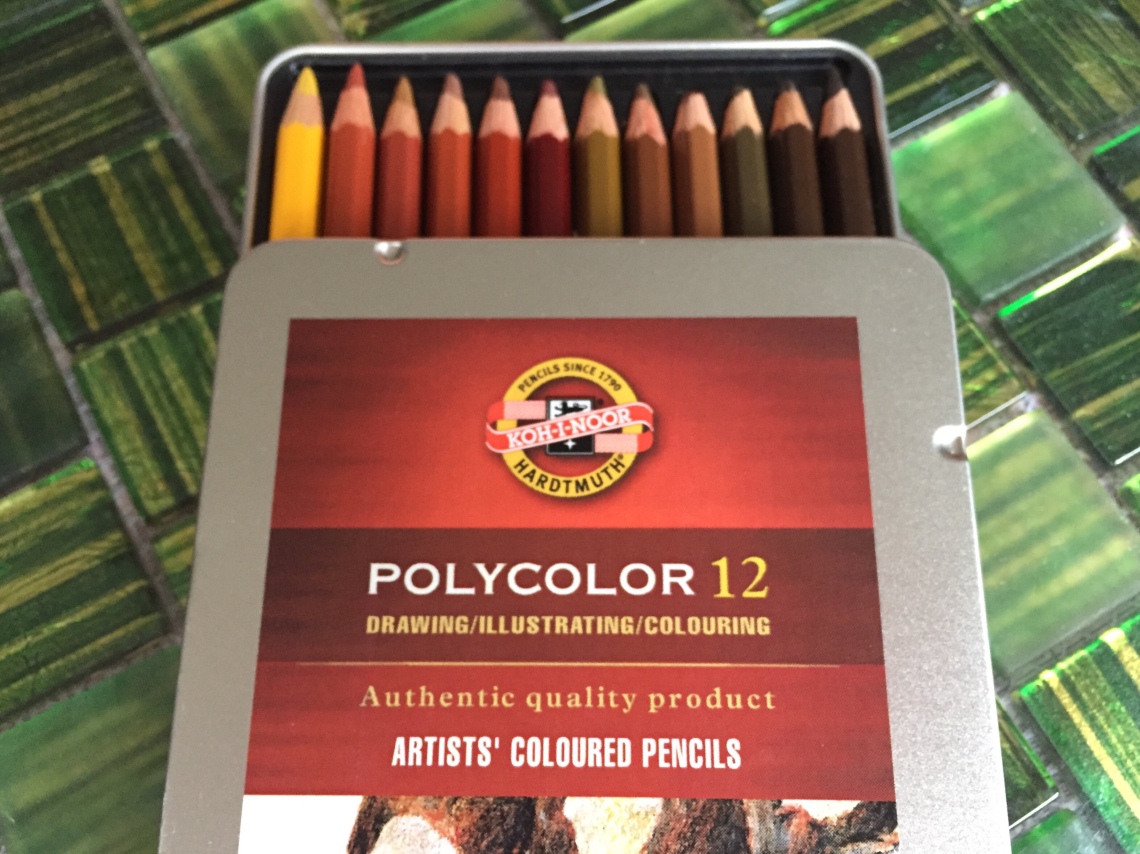 I went for a set of brown-scale Polycolor 12 by Koh-I-Noor. There is also a set in grey-scale, and I have been using them in combination with each other to get a warm and cool tone contrast. However this time I wanted to stick to brown only. I liked how it gave some continuity and gave a consistent warm tone without overdoing it. As illustrated, the brown on the horse and dark brown on the straps are not as warm and hence plays the tone down somewhat. 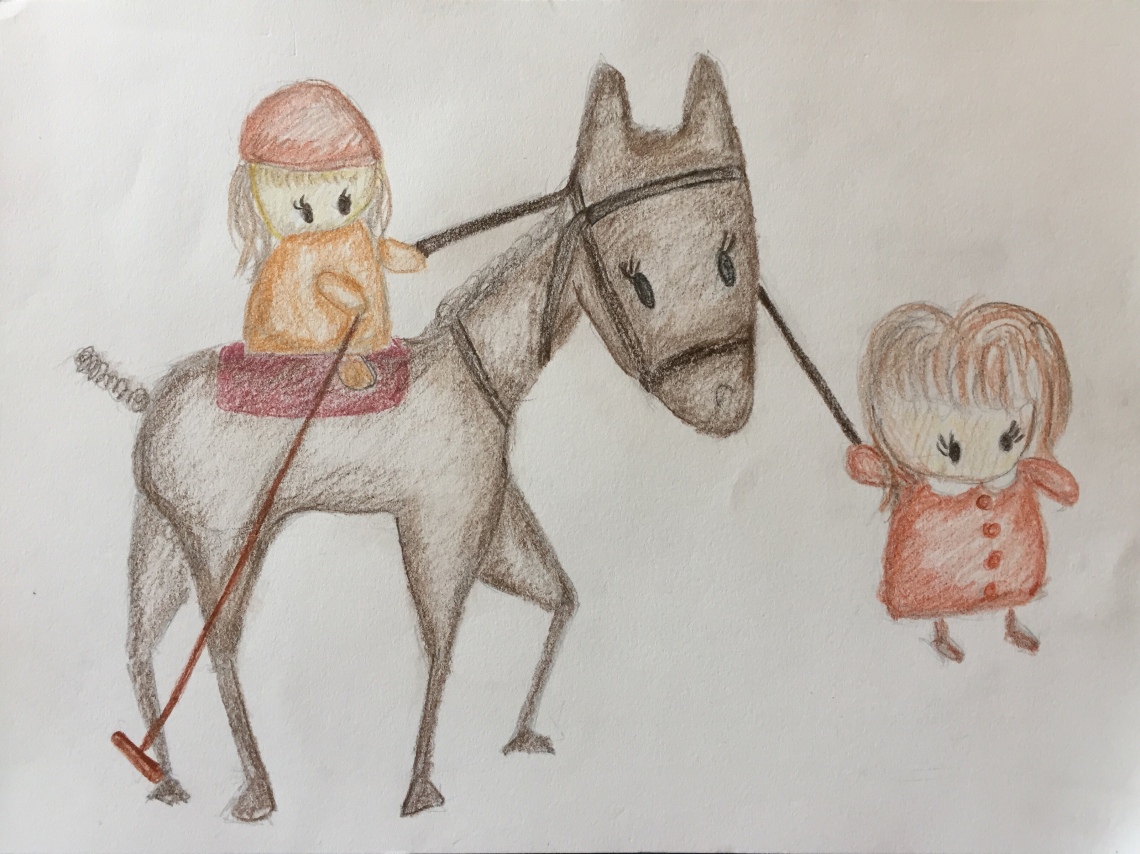 Proportions of the characters, especially the horse, were originally unintentional as I do struggle with that. But I must admit that it turned out really manga-like and kawaii!

🇬🇧 It's the London Bus! Remember the good old hop on hop off Roadmasters? Just recently resumed my Tuesday afternoon abstract art classes and began with a painting inspired by Dutch artist Ad Verstijnen. To be continued tomorrow when I add the passengers in the bus! What kawaii characters will I come up with? Can't wait to continue...! ❤️
🌺 ASSORTED ANEMONES. Recently I finally got around to joining my Japanese painting classes on Zoom! This weekly class began a new assignment painting a bunch of colorful flowers, more precisely Anemones. I went for acrylic on a wooden plank. Love these floral themes again with the vivid colors! 💕
🐈 THREE LITTLE KITTENS. Three little kittens have lost their mittens…” That was a children’s song/rhyme that sticks in my mind till this very day! By chance, I happened to create another kawaii doodle based on what was in my mind, something reminiscent of my childhood. It was also an opportunity for me to practice and further explore what other fun features are available on the Procreate app! 💕
🤍CHINA WHITE. Okay I don’t condone the use of drugs at all but I thought, in another context, that would be a suitable title for this kawaii sketch of Little One! Out of curiosity, I thought I'd experiment sketching with some marking pencils, otherwise known as China markers. Today some white against black paper. That was some successful experiment! 🖤
🌈 MY LINES AND COLORS. Once again, I’ve been following Tracy Verdugo’s on-line classes and just started a new one! This is the first lesson of her Abstract Mojo classes called “Line and Color” in which we focus on the color palette and discover the many variations of creating lines. What fun it was being able to play around with different color combinations and discover the various forms of “lines” which are not necessarily confined to being straight or solid. Looking forward to the next lesson! 💕
💐 FLOWERS IN HER HAIR. One of my other hobbies, a newly discovered one actually, is gardening! So here I go about on my hands and knees under the bushes and trees surrounded by all the greenery, soil and flora like nothing else in the world matters. Occasionally though I would end up with loose flowers and leaves in my hair! Just like a free spirited flower girl. How sweet is that! 💕