And now I’m back from my trip in Japan! That was two days ago. During the first half of the 3-week journey, we were on a photography expedition in Hokkaido, the north of the four main islands. What makes that area of the country so special is the beautiful nature: the landscape and seascape, not to forget the flora and fauna. In the winter come the birds like seagulls, eagles, red-crowned cranes and swans. Most migrate to the area from neighboring Russia, namely Siberia. During the trip, I had very little chance to continue with drawing as was busy photographing, sightseeing and of course shopping loads! I did however manage to squeeze in a couple of sketches and iPad doodles to keep me creative. 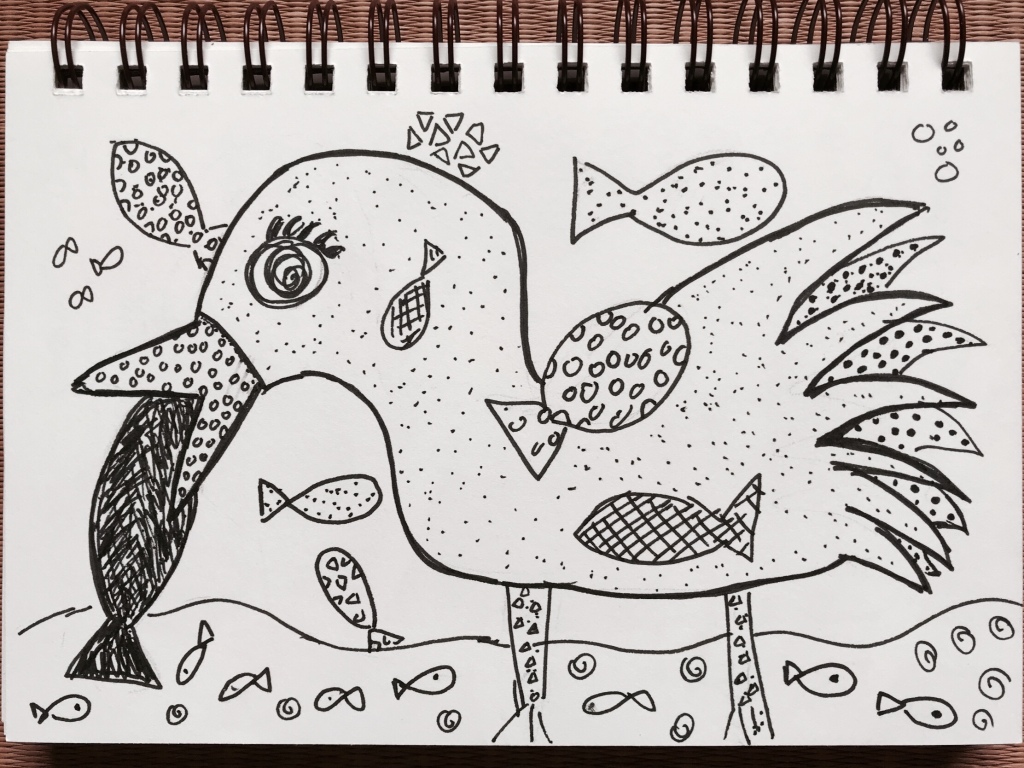 Twice there, we went on a 2-hour cruise in the morning to photograph birds by the ice drifts in the sea. The crew would throw fish in the water to attract the birds like seagulls and eagles and the occasional crow. It was so fascinating to watch them grab their prey, possessively clutching them and flying off or immediately munching them whole. Once at the hotel in the evening, I really had to sketch about this! Here I made a simple drawing in my small sketchbook and pen. I used Staedler’s Pigment Liner in black, 1.0 and 1.2. It’s been weeks since I completed that sketch. As mentioned earlier, I haven’t been able to draw as often as I was hoping but since I’ve been back a few days ago, I can’t wait to start again!