It’s been almost two weeks since arriving in Japan, and I’ve seen just TWO cats! One was meandering in the middle of a snowy field from a distance whilst we were riding in the car. The other was hanging around in front of a convenience store one morning rolling around and stretching like she was doing some Yoga positions! Yes I do love cats.

And how interesting that on the flight to Tokyo, I already began sketching cats! All on a small sketchbook (Strathmore Visual Journal) . First to get some ideas, I used graphite pencil but eventually switched to black permanent ink (Faber Castell’s). The drawing is quite abstract, with kittens large and small and partial like just the head or the tail. Once that was done, I began colouring using aquarelle pencils (Caran d’Ache Prismalo) and spread the colours with a wet brush pen. Those are the only colouring mediums I brought, a set of 12 shades. 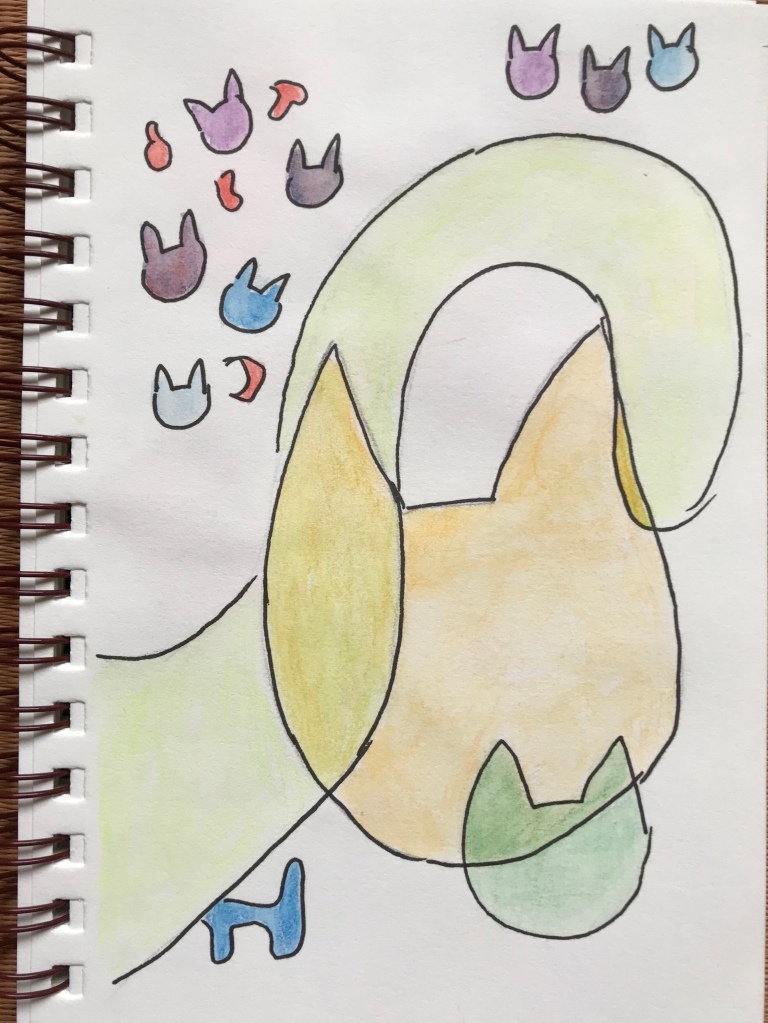 I was able to make use of the limited materials and colours by of course mixing and blending to create new shades. As you can also see where the greens and orange overlap I merely blended the colours of two areas. A very simple painting this time as I was trying out my aquarelle pencils which I rarely use. Although I’ve use them for outlining, it’s the first time I’ve used them for painting with. I must say it works quite well, almost like ordinary wax coloured pencils but you can spread the colours with water. I shall definitely be using this more although just for small areas. And they’re not bad for traveling around with accompanied by a small sketchbook!