I’m not sure if you’ll agree with me but I really think fireworks should be banned.  It’s not that I dislike fireworks but improper use is not only disturbing, it’s also dangerous.

In Holland, there have been incidents of cars being torched and even houses burned down.  An old 19th century windmill was destroyed.  Then a father and his toddler were sadly killed in a fire on New Years Eve caused by some kids throwing fireworks in front of their apartment.  And not to mention!  Fireworks are distressful to animals.  Imagine how restless and afraid your pets get.

What I suggest is that we disallow it on the streets and in public but have one big fireworks display locally like in the park or an open space, strictly operated by experts.  That way, we could all to watch and enjoy together and restore some community spirit that has sadly been lost.

This piece was actually an impromptu one.  It once again began with some leftover ink from having wiped clean the “fireworks” stencils on a separate piece of paper, along with some excess pink paint from the bubble wrap.  And how appropriate!  At this point, I decided it was a good idea to paint about my thoughts. 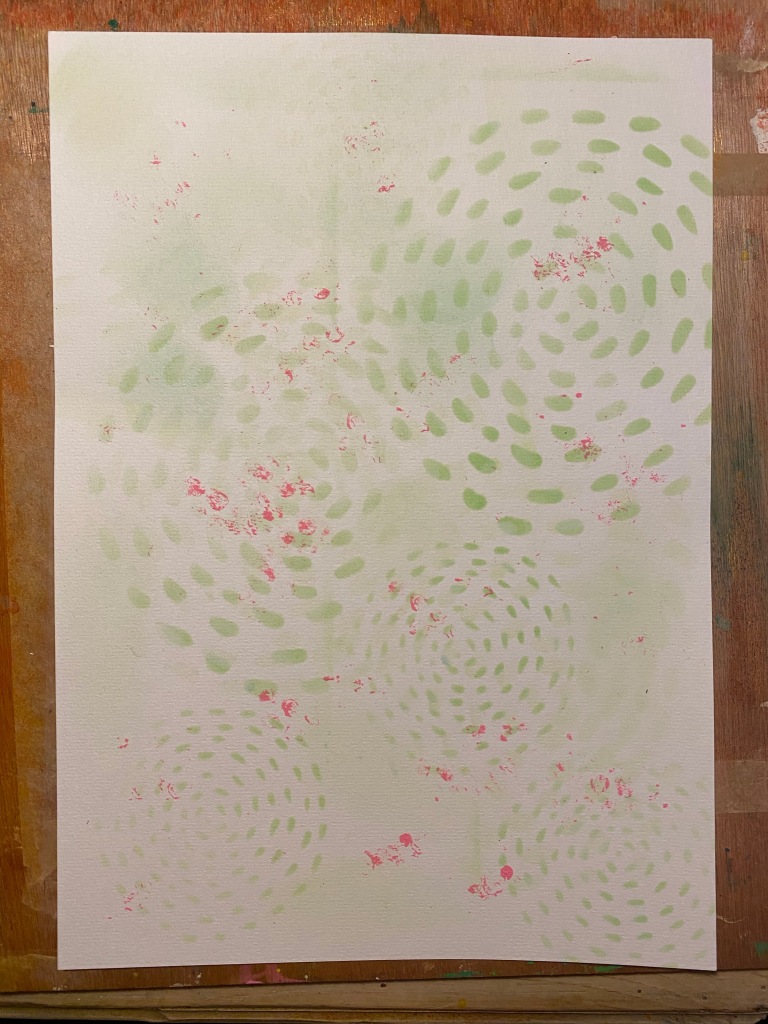 The painting was intended to be brisk and spontaneous.  I wanted to make a statement after all and thought having it rough would be strong and effective.  As you can see, Little One doesn’t like fireworks either!  And nor do her surrounding animal friends.  They all look so afraid and distressed.  Poor little souls…. 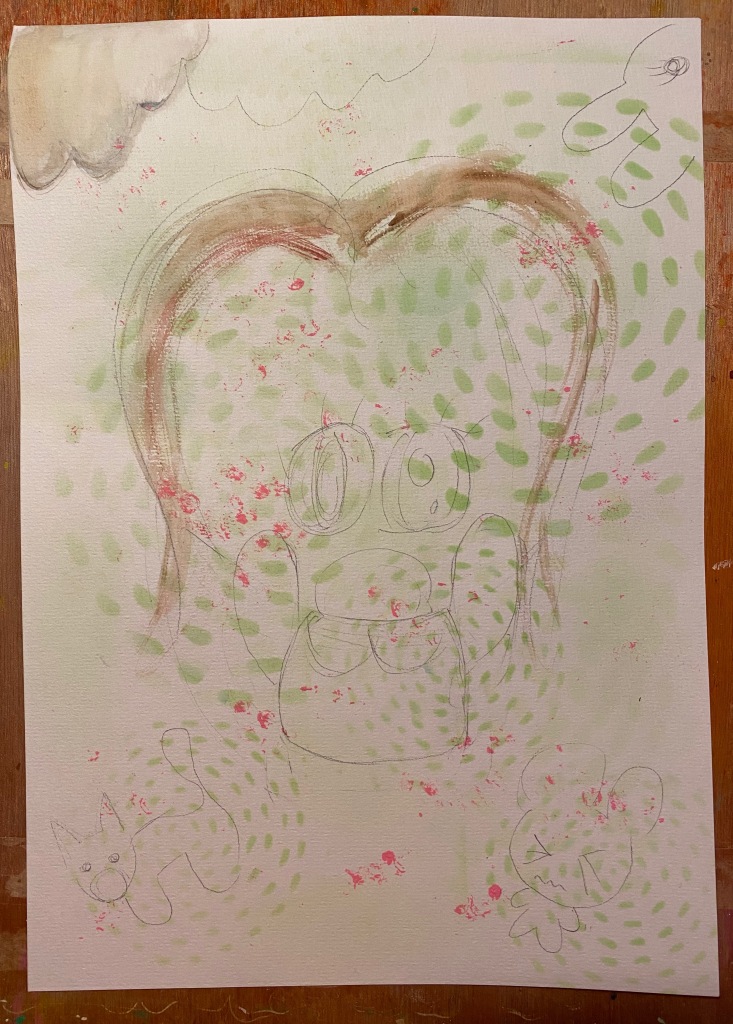 I alternated between watercolour (Winsor & Newton) and coloured pencils (Staedler’s Ergosoft) here.  Whilst all went smoothly, I did struggle a bit with Little One’s eyes and mouth.  A kawaii manga-like pair of eyes was first considered but I wanted to make her look as startled as possible.  Consequently, I had to correct with some white gesso and colour in with coloured pencil.  And I was afraid her mouth would be too red.  But it worked out fine in the end!  After all, this is supposed to be a rough spontaneous drawing with a statement. 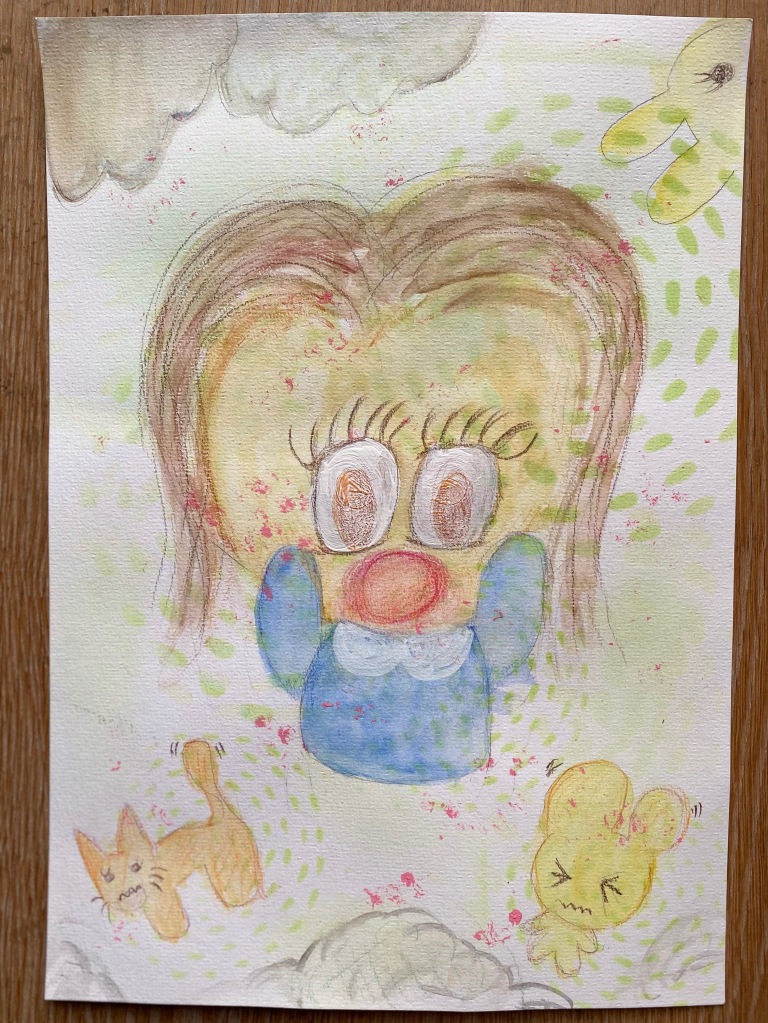 Having drawn this made me feel better.  I merely wanted to express how I feel about the evils of fireworks misuse.  Although of course things won’t change overnight, I’m hoping this painting would help people understand and realise.  Think of all the cute creatures being so afraid!  How disturbing.  Praying for a safer future for all!