Ever worked on a piece and then decide you don’t like it anymore and that there is no way out?  But then again you don’t want to throw it away because you had spent so much time on it.  What I do is just use that as scrap paper for another artwork.  I would typically cut out shapes with craft punches or just snip them out with scissors.  Or, as I did for this piece, get out my Sizzix Big Shot die cut machine.  Being an avid Hello Kitty fan, I chose a cute face of hers and cut out three of them.

On a separate paper, which was Cansons Mixed Media paper, I randomly spread a variety of blue and violet acrylic inks.  My favourite inks are Daler & Rowney and Sennilier Abstract.  All I did was add drops of them colour by colour and spread them out with my finger. These colours were used because they were a great contrast to the warmer colours of the die cuts which were in fluorescent oranges and reds. 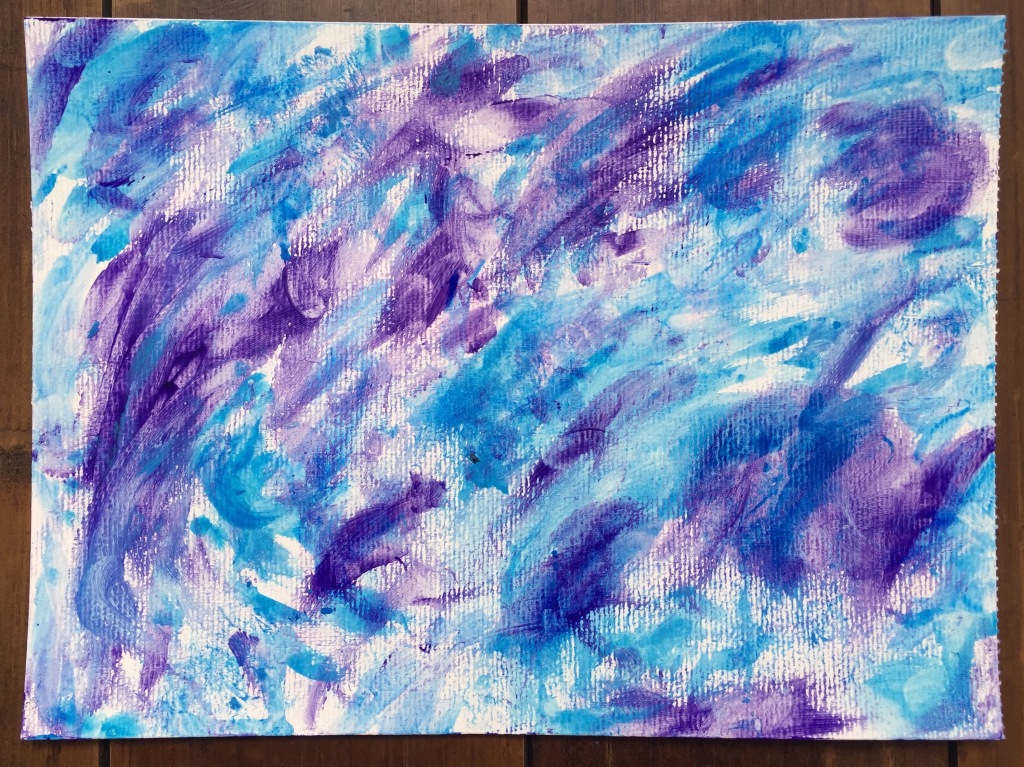 Then I gathered my three Hello Kitty faces and glued them on.  This one is a simple piece because the faces are already quite colourful.  The hair band was then coloured in with pink acrylic ink and glitter glue.  Once that was done, I suddenly realised…  Hello Kitty has her ribbon on the left side and not the right!  I have once before made that mistake by glueing her cut-outs backwards.  Not to worry, I could either rename her Mimmy who is Kitty’s twin sister and wears her ribbon on her right.  Or, I could describe the painting as being a mirror image of Kitty which sounds quite plausible.  Since the background could be seen as water, Hello Kitty could be seeing reflections of herself! 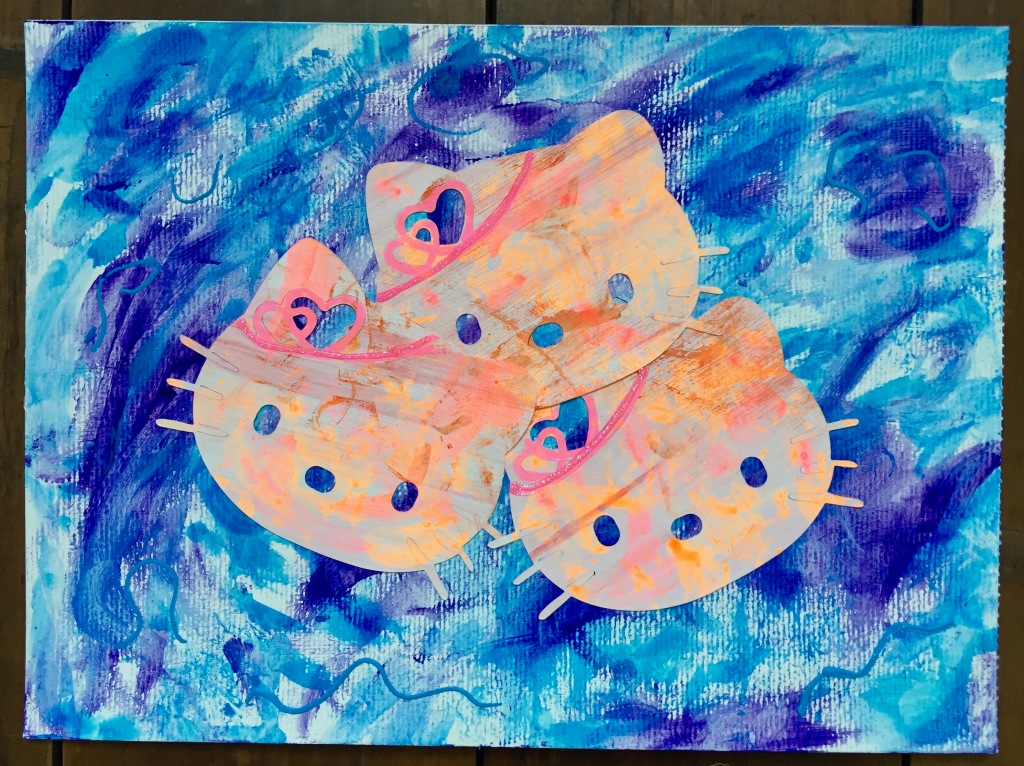 This piece came out as unintentional.  First started out from recreating a piece I was not happy with.  Then came the mistake with glueing the pieces backwards.  Nevertheless, I took these to my advantage and turned it all around by creating another cute piece.  Moral of the story is, things happen for a reason so don’t despair!