Is it the end of the summer yet?  It’s hard to say.  Lately the temperatures have been down to 18℃ during the day but next weekend is predicted to be in the above 20℃ again.  In fact next Sunday ought to be 26℃ which is so un-September in the Netherlands!  Could this be Indian Summer?  Little One seems to be looking forward to it.  She plans on wading in the water again in her cute little polka-dotted pink frock! Good timing, as she was just about to store her summer clothes away for the winter.

And of course I wanted to draw happy Little One enjoying the Indian Summer!  This time, I decided to have another go at pen and ink.  I used the colourful collection of Dr. Ph. Martin’s Bombay India Inks and sketched away with my Chinese bamboo reed pen.  Great to discover I’m starting to get a knack of it!  Firstly Little One was sketched, followed by the background of doodles.  I thought I was finished with the piece once done but when I had a look at the photograph of it a few days later, I was no longer convinced.  So what next? 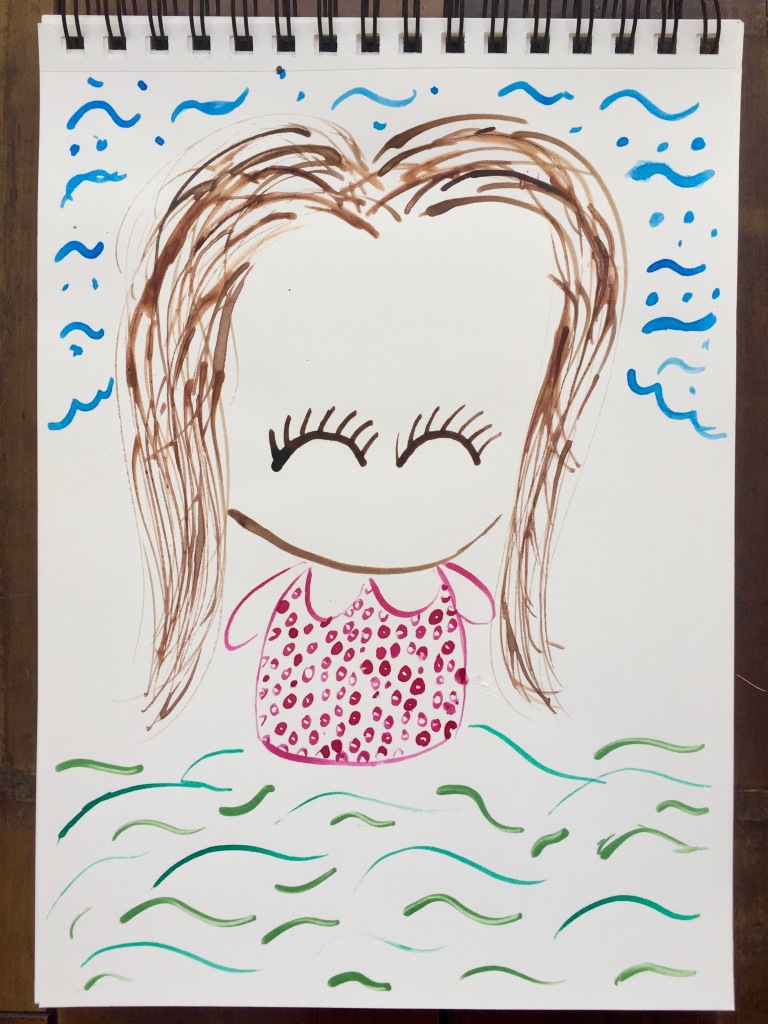 I decided to fill in with coloured pencils.  Previous times, I’ve used coloured pencils to fill in India Ink sketches but only when the ink was black.  It would be the first for coloured ink so I was curious as to how it would turn out.  Holbein Artist’s Colored Pencils were used for this piece, and I blended bright and pastel colours to achieve the effect I wanted.  Blues for sky, pinks for the dress, browns for the hair and greens for the grass.  I left the face and the middle portion of the drawing alone to give some balance and to let the pen strokes from the India Ink sketch stand out.  Now here we are! 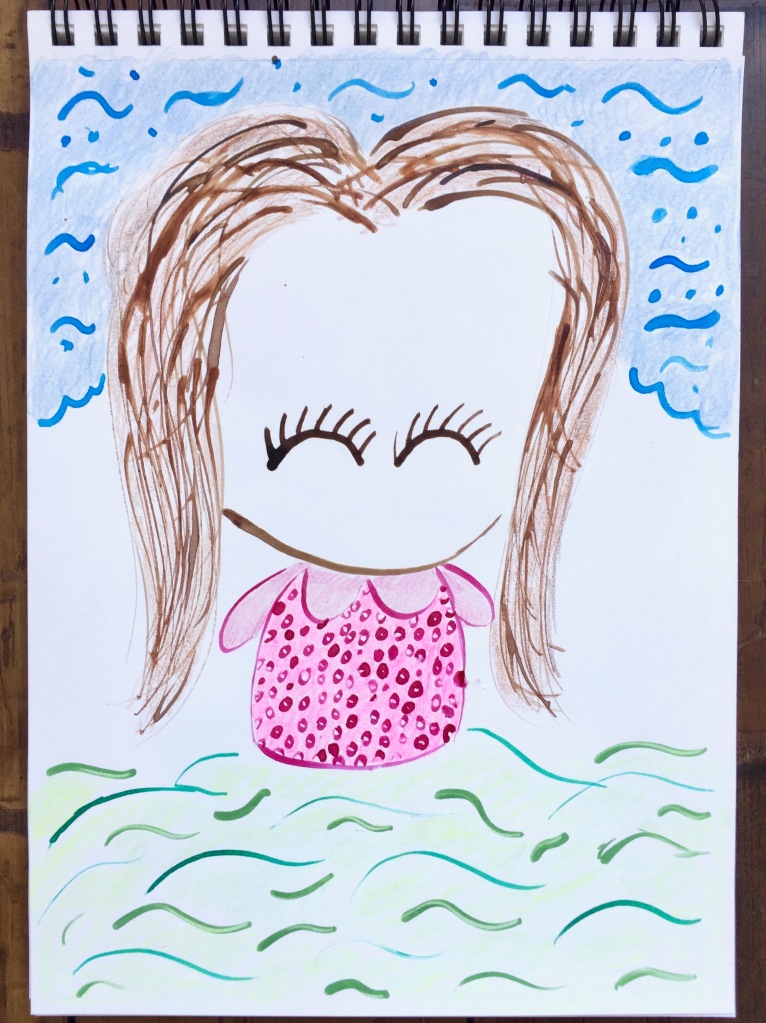 I think the combination of coloured ink and coloured pencils worked rather well. Whilst the ink colours are already vivid on their own, the coloured pencils enhanced the vividness to make them pop out more.   It was also a good idea to colour in just partially as I had done previously with the black ink.  I’m happy with the result and would definitely be using coloured pencils with India ink again.  And look how sweet and happy Little One looks!  Out and about during the India Summer while it lasts.