I happened to be home a few days ago and had no idea what I wanted to draw or paint at the time but I sure was in a mood to spray, drip and even finger paint some ink on paper.  And see what happens.  Based on the patterns I developed, I came up with a painting which I eventually developed and worked on to create something interesting. 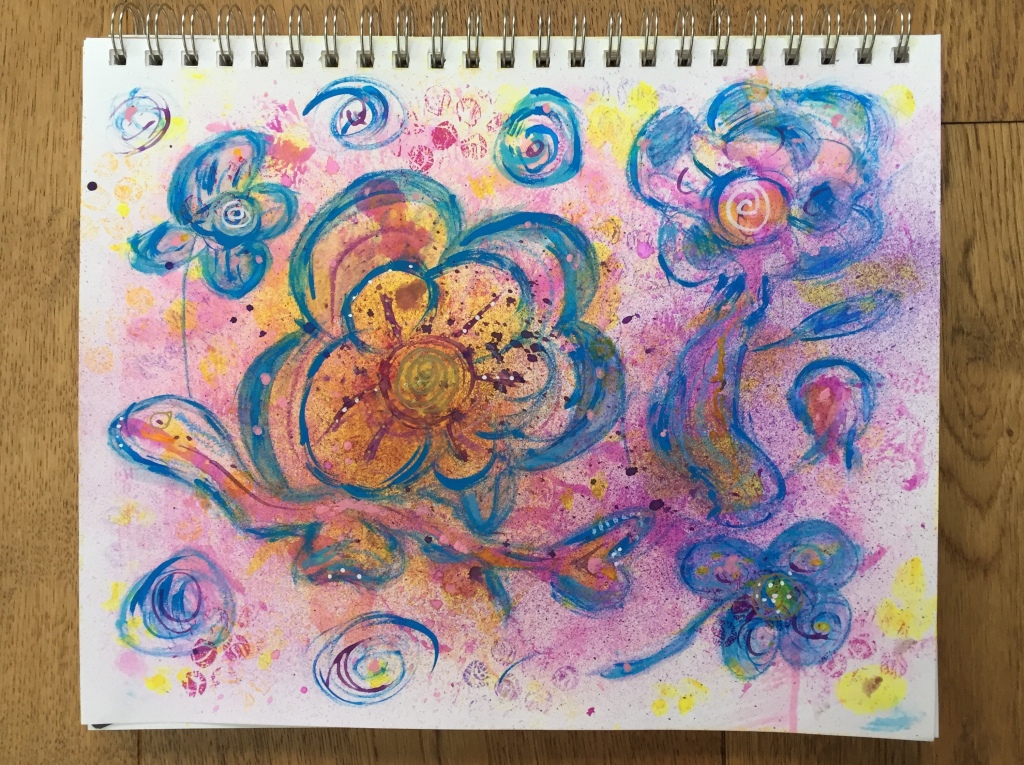 Here is what I started with.  Spritz some water then add some magenta and yellow ecoline ink and move the paper around.  Then some yellow acrylic ink and dotted it around randomly.  Following that, I sprayed some of the Dylusions ink spray in violet and purple.  I can’t really remember the sequence at all but it was all by impulse and instinct what I was adding on. 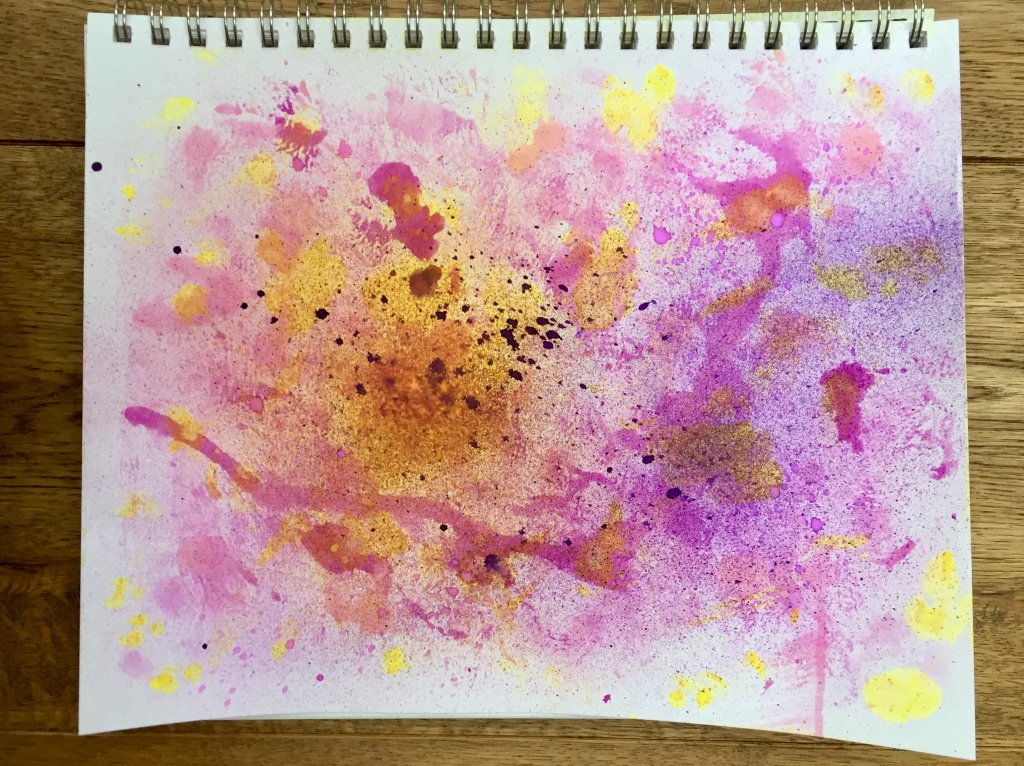 I analysed the patterns I had inadvertently created and drew from my imagination using my Neocolor II watersoluble crayons.  Then spread the colour with a wet brush.  Some flowers and plants.  And a little creature!  A lizard or salamander perhaps?  Amazing how the imagination stretches. 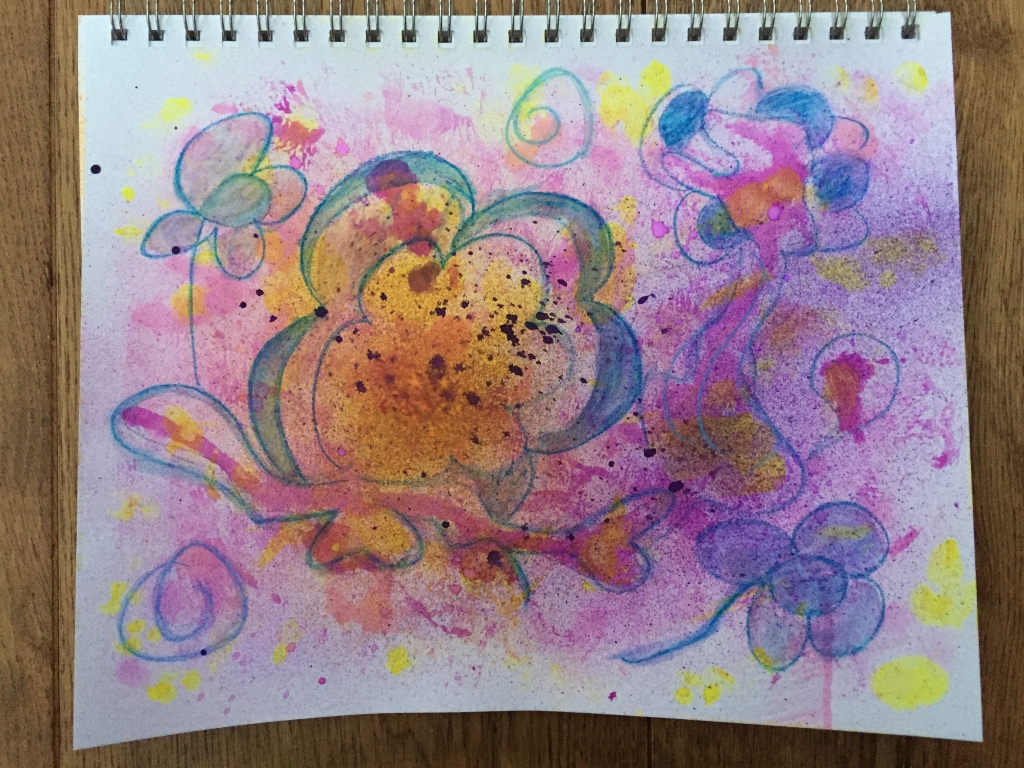 I developed the painting further using iridescent coloured India Inks in blue and violet, enjoying the shimmery effect they made though not so visible in the photos.  Until I was satisfied with the result I just kept adding and adding stuff using more ink, uni posca markers and stamping some Staz-on inks in yellow and pink with bubble wrap.   And now I think I am good to go.

As a change from my “planned” artwork, it is fun creating spontaneously.  I guess they call it intuitive painting for a reason.  Gives quite a satisfaction too.  When I look at the painting, I not only look at it as a whole but partially as well.  Take a close up of each flower or part of the painting in a viewfinder and see how cool they look too! 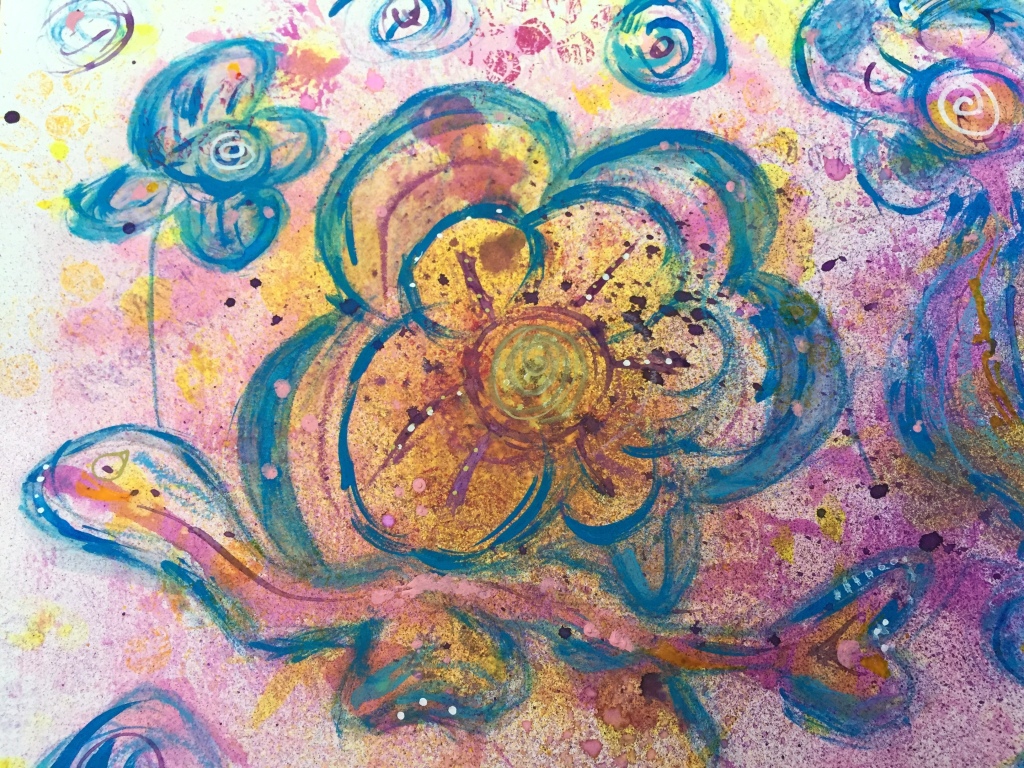 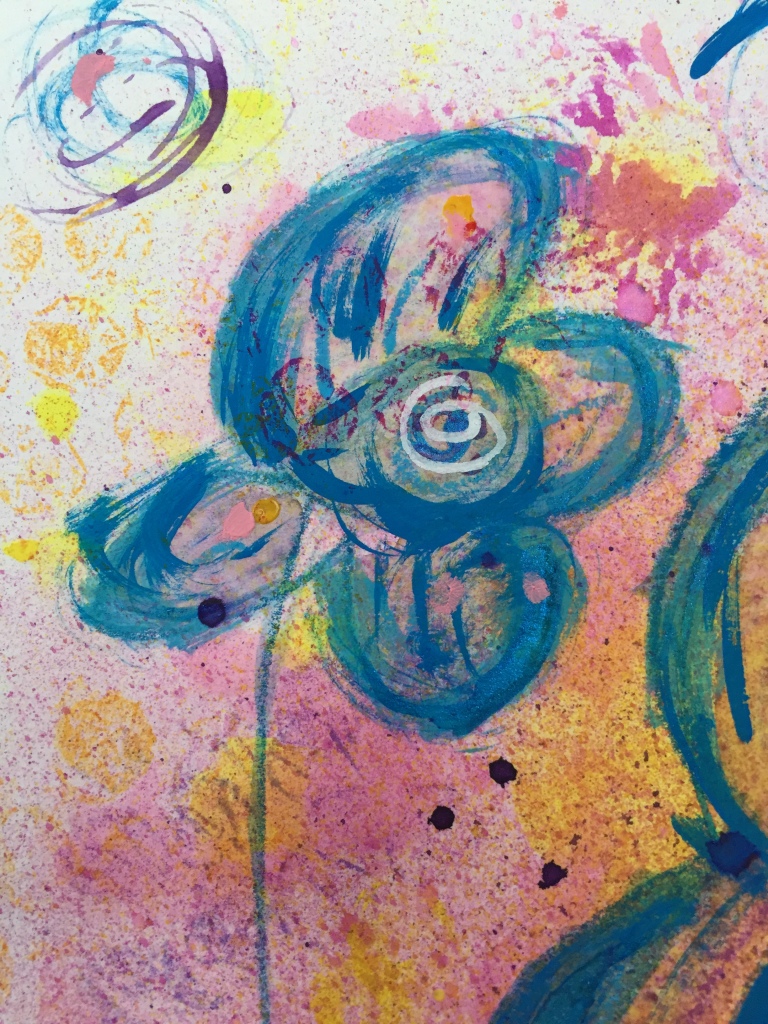 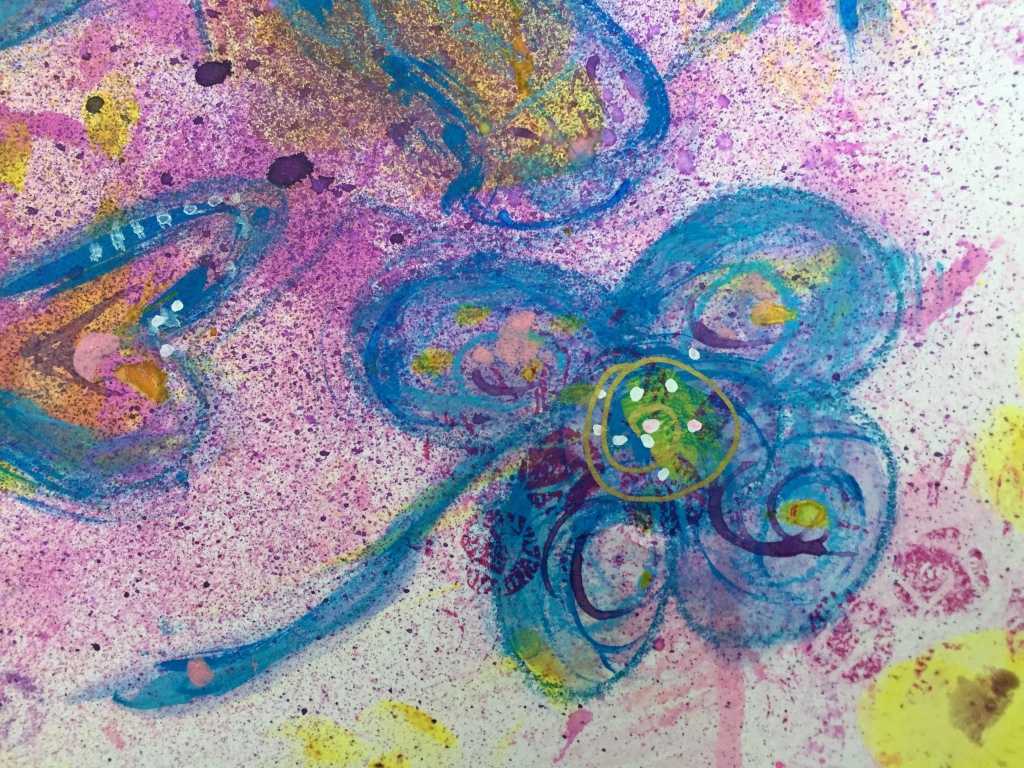 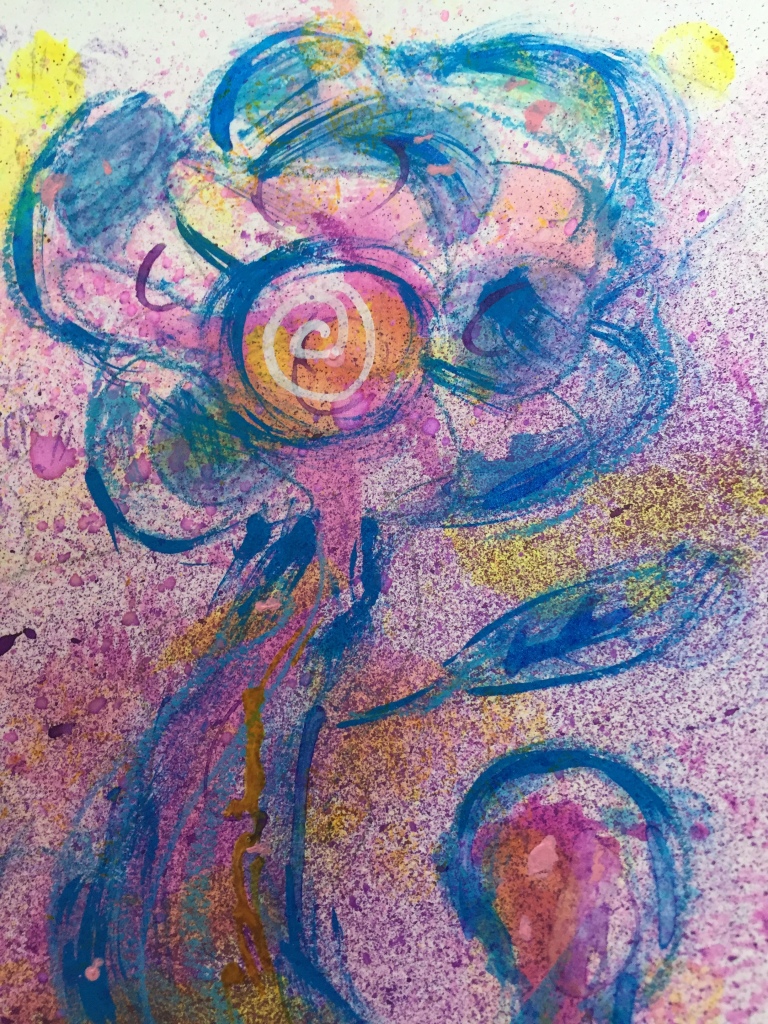