It all started out with an inspiration from one of the books am following called Imaginary Characters by Karen O’Brien. There she gets us started by scraping paint on paper with an old credit card, then adding bits of collage and scribbling doodles with oil pastel and repeating the step twice, thereby adding layers.

So I started with yellow paint, bits of origami paper, light blue oil pastel and stamped bubble wrap patterns with dark blue! The next layer I went for orange paint, red oil pastel, bits from newspaper and stamped bubble wrap patterns with purple. As the image was getting rather crowded already I stopped there with the background preparation. Primed the surface with a thin layer of gesso.

Decided I’d draw something different again. It’s been a long while since drawing one of my favourite animals, a cat! Hello Kitty doesn’t count haha. Drew an outline of a cat with light brown paint and also added hearts and flowers in the background. Then began filling in with paint combined with matte medium. 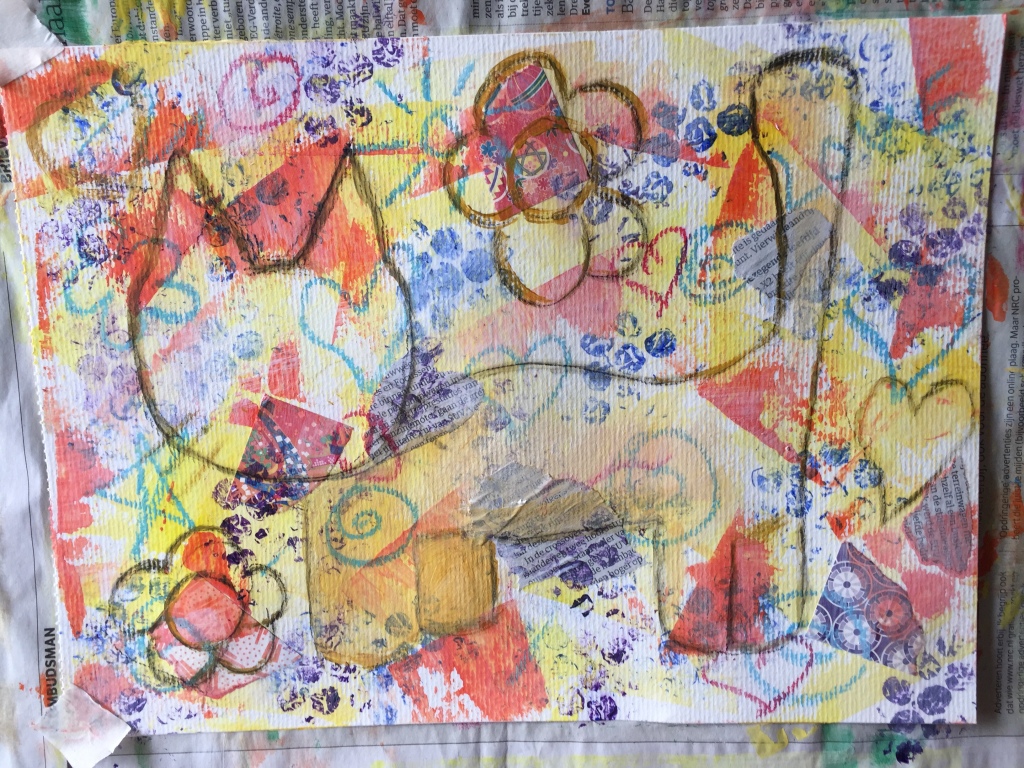 I wanted to experiment with glass beads so applied some on the hearts and flowers before painting over them. As it has a transparent finish it already looks good without painting on top. However if needed, I found light colours look best. For the background I was in a “pretty in pink” mood so grabbed some magenta and violet paints as well as some fluorescent hot-pink and painted away, combining the paints with gloss medium. 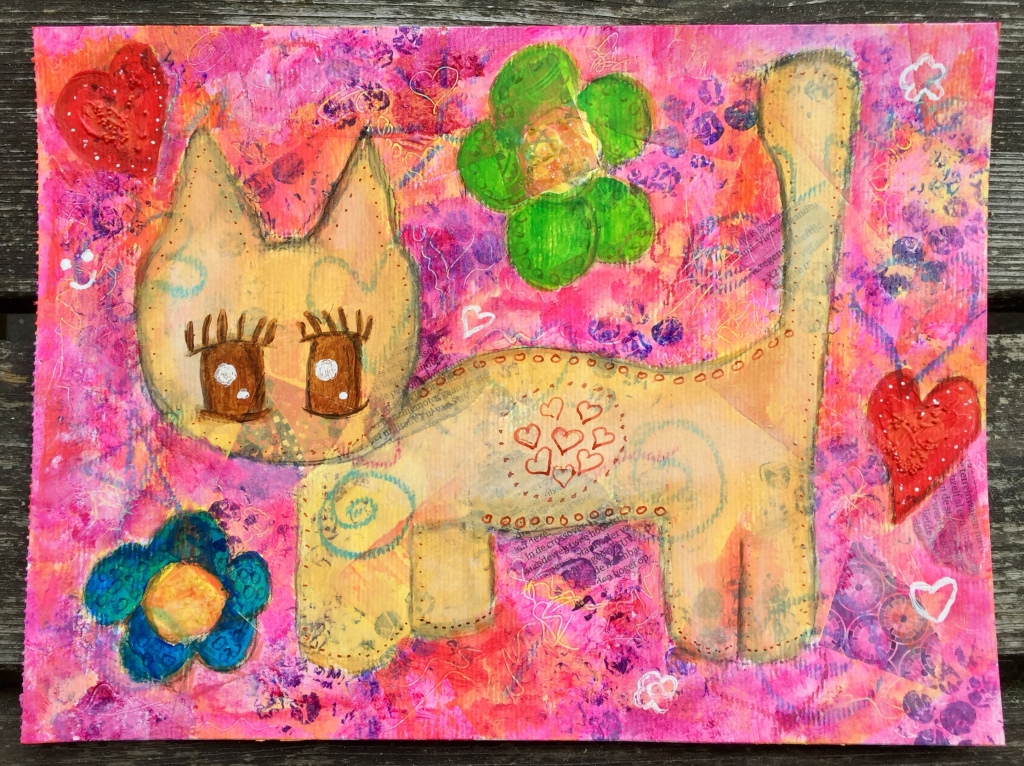 Added some finishing touches with some small ink doodles and little details on the cat, hearts and flowers. And now!!