Recently I’ve started using India inks.  Dr. Ph. Martin’s Bombay Inks come in a variety of colours in both matte and iridescent.  I’ve had all three sets of 12 each (two in matte and one in iridescent) for quite some time now, and now I’d like to make more use of them other than as “paints” in mixed media pieces.  As these inks are normally used in calligraphy work, I figured it may be an idea to draw and sketch with them too!   You may have seen my previous attempts at using pen and ink in the past.  As I like the look of it, I figured I need to practice more!  So now I’d like to share with you a quick practice sketch I did using a bamboo nib and Sepia ink. 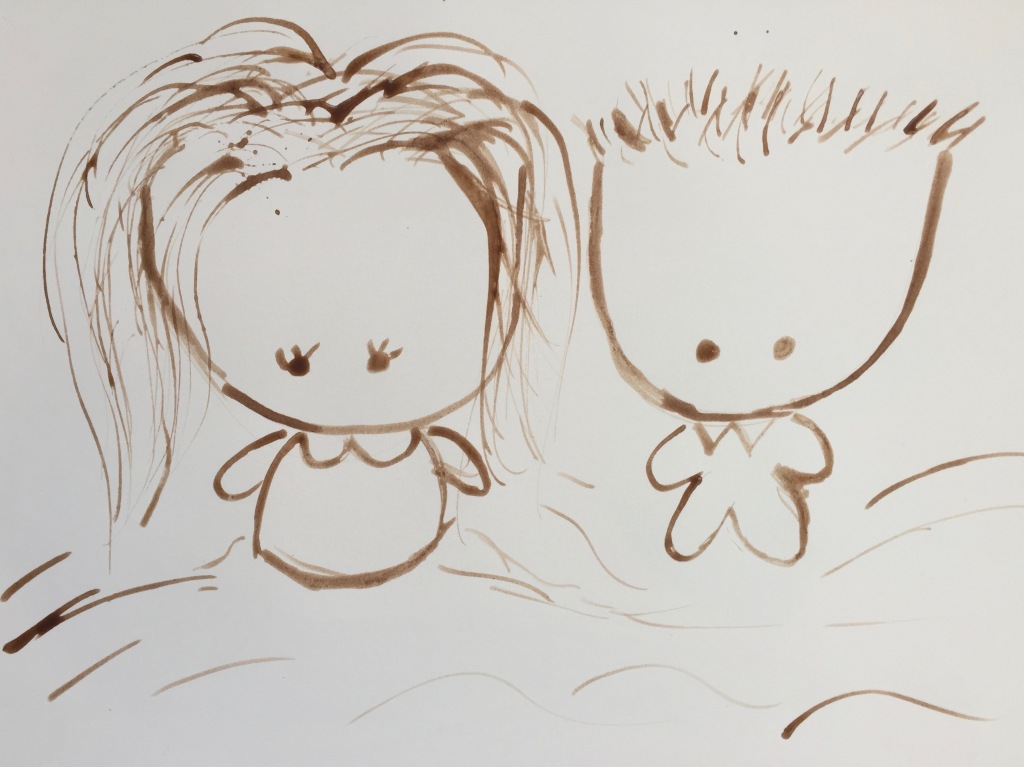 It’s just a simple drawing, and rather rough, but I thought it was so cute I wanted to share.  Supposed to be me and my boyfriend!  Though a bit messy, I like how voluminous the hair turned out.  I didn’t colour this one in as I wanted to focus on the drawing first.  I’ll be practicing more on this and will be sharing my work so we could see the progress!