Yesterday in the Netherlands, temperatures hit a record 40.7℃.  Not sure if that’s the exact figure but nevertheless it definitely surpassed the 40℃ mark!  It was unbearably boiling that I was unable to do any blogging or painting and instead, we went for a drive with my boyfriend’s in his air-conditioned car and visited some waterfalls in Belgium and the Mosel river in Germany because water is so refreshing!  And by chance, a few weeks ago, I made a funky painting involving some ink sprays and thought it would look just as refreshing for us.

I was in the mood of doing crazy things at the time.  Must have been the weather that’s making everyone go mad!  I found a few bottles of Dylusions Ink Sprays and decided to have a spritzing session using a slightly larger-than-usual paper (A3 instead of A4) for the first time at home.  As you see in the photo below, I randomly sprayed three different shades of turquoise/green/blue (Calypso Teal and Vibrant Turquoise in both versions of shimmer and non-shimmer).   Then I sprayed some water on it and let it run. 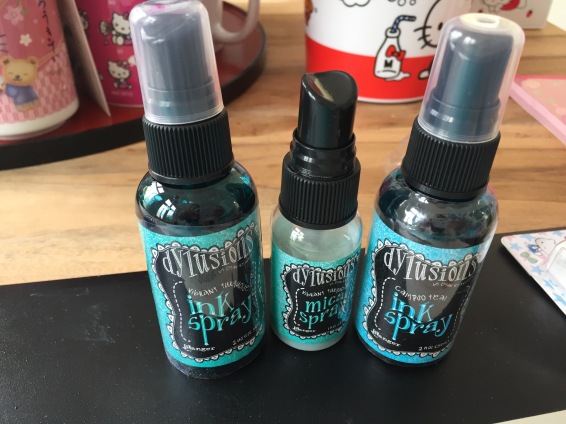 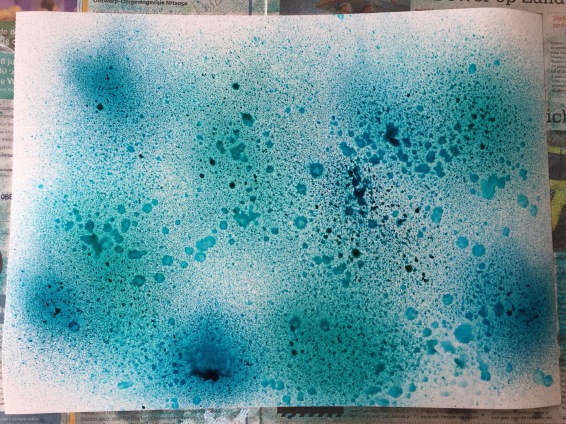 I kept repeating the process of spritzing the inks and spraying water.  At one point, I let it dry outside in my terrace.  Then it started raining.  As soon as I was able to rescue the piece when it was just spitting, I noticed how cool it looked with the raindrops!  I added more ink where I felt there should be more paint and patterns, especially on the edges.  Then I was good to go! 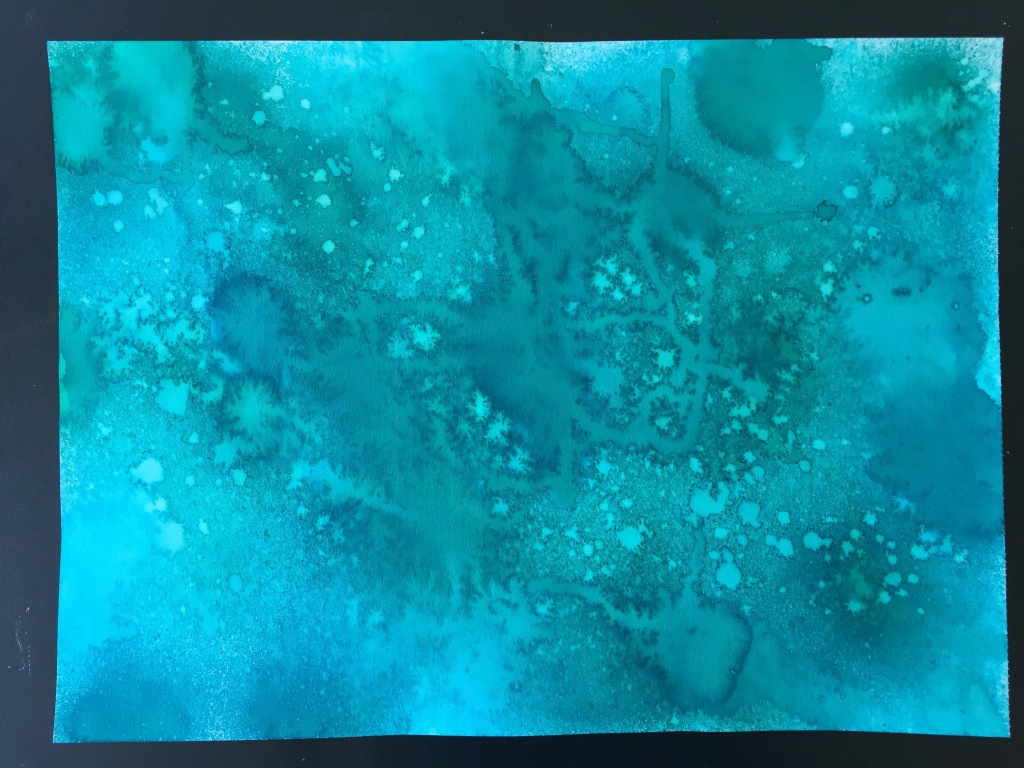 Yes, and now what?  I was at lost what to do with it.  I didn’t want to ruin the painting by painting on top of it.  I guess I could’ve left it as is but I felt something could be added.  And so I cast the painting aside for a few days to see if I’ll come back to it.  Sure enough, though, I did come back to it when I returned to my studio some days later.  I decided to do something cute with it of course.  And nothing complicated.  I just took my paintbrush and with some white acrylic paint, doodled my kawaii characters on it.  No colouring in.  Just doodle.  And what an amazing effect the white had on this pretty background!  It would’ve never been the same had I used black.  White was certainly a perfect choice!  Little One and Bunny hanging out together along with some naughty Teddy’s and a Kitty having a good peek from the corner.  “Can we join?” they ask.  Of course you can! 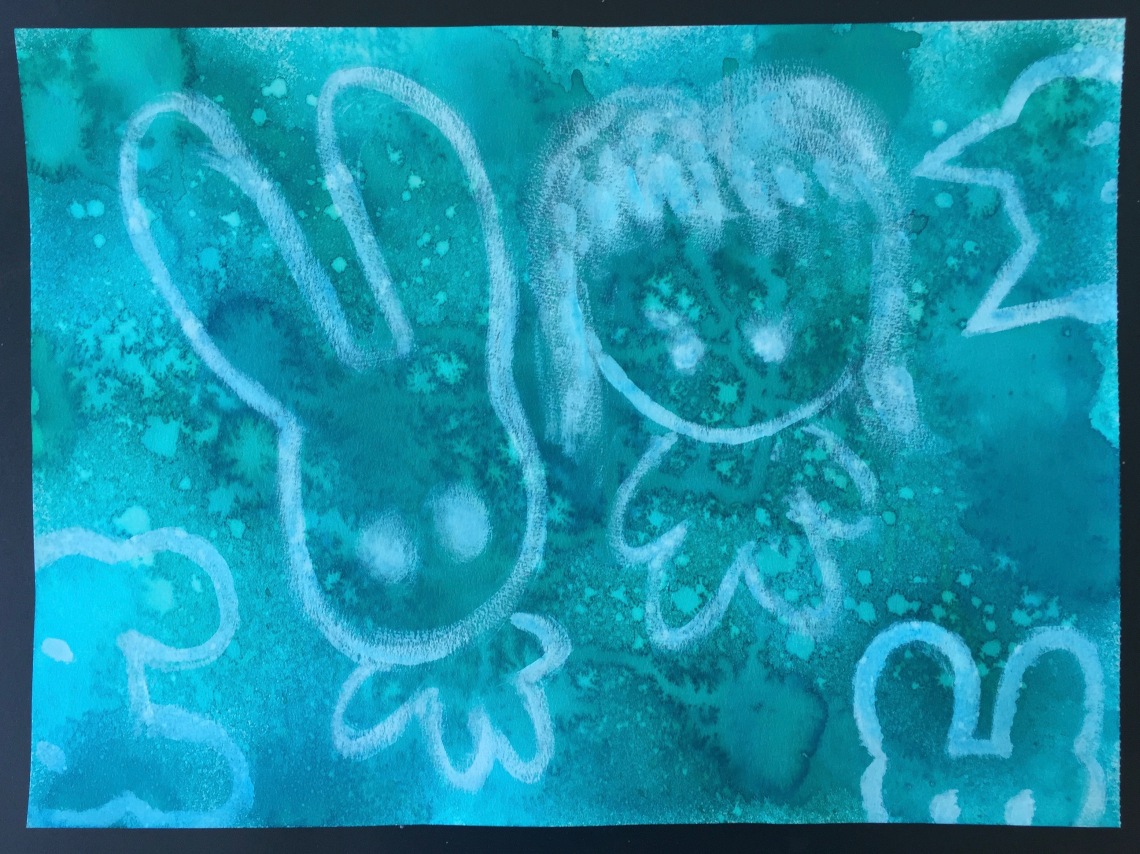 A bit simple again but for this background, I didn’t want to ruin it.  Drawing in the doodles with paint, in fact, was a bit of a plunge in itself!  However, it turned out for the better which I’m pleased about.  And here, a paint brush was a better idea than using felt tip markers as I would have been tempted to do.  The brush gives a bit of a blurry appearance, adding a sense of mistiness.  And now the characters do look as if they are somewhat floating around in a background of water.  Like in an aquarium!