Along with the storm in the Netherlands that lasted for a good few days, we had loads of rain as well. Sporadic and intermittent. And when it rained in poured! So what better way to express it than through painting about it?

I hadn’t used pastels for a while so thought this would be a perfect opportunity. Once again, I went for Pan Pastel as it’s less messy, and also I like their finish. I firstly sketched what I had in mind using Carbothello pastel pencils by Stabilo. 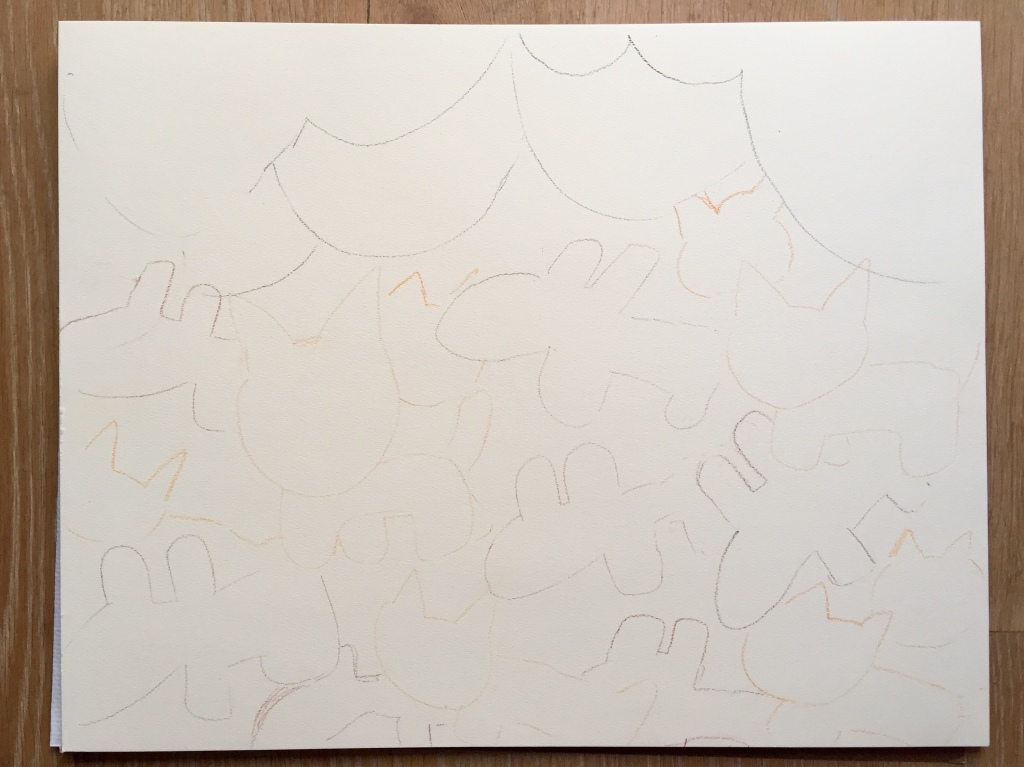 I began colouring by spreading some grey in the clouds with a big sponge and then blending in some black for that smoky look. Then I filled in the background behind the cats and dogs with blue, firstly with a lighter shade followed by brushing in a darker one. And now the dogs and cats! The cats in two different shades of orange, and the dog in two different kinds of brown.

It was just a quick session as I am still practicing using the Pan Pastel and trying to get accustomed to applying them using various sponges and applicators. At the beginning, I was also going to draw their faces in but I decided that like it incomplete! It gives a mysterious feel to it, if not a slightly eerie mood. Something different to my usual style of work isn’t it? But still retaining the cuteness with the simple doggie and kitty shapes…