Excuses for taking a few days off. I had a busy few days and didn’t have the chance to complete my third and final Snow Polo trilogy till this morning. So looks like the snow polo pony and player are doing a bit of cosplay in their bunny ears! Just thought I’d have a bit of fun hehe.

Initially I had thought about a bunny playing polo but somewhere along the way, I changed my mind. This was the original idea below. For variation and also for more experience in drawing the other direction, I had the horse running the right facing direction this time as opposed to the left as seen in the previous two paintings. I was also going to use markers (again Faber-Castell Pitt Artists Pens) for this drawing which is why the outlines are in markers. However, I decided later I wanted to go for coloured pencils instead because the first set was primarily in markers and I wanted to try something different.

Despite changing my medium from markers to coloured pencils, I continued outlining with the markers just to be consistent. I then filled in with coloured pencils. For a pastel shade effect, I used Holbein Artists’ Colored Pencils for the outfits and background, and for the pony I used a brown shade from Staedler’s Ergosoft. The bunny became a girl wearing bunny ear hat, and I made the eyes more anime-style since in the last two drawings she is smiling. Don’t worry, she’s still happy! I thought I was finished last night, but when I took a look at the draw this morning I was not happy. Firstly, I was horrified to notice how purple or burgundy the horse looked. It was from being too keen with blending the pink and violet shade with the brown. In addition, the light blue of the polo stick, ball and pony reigns was not quite right, and the green and yellow background, in attempt to give some warmth, was a bad idea. Not to despair, I just got my eraser out and… 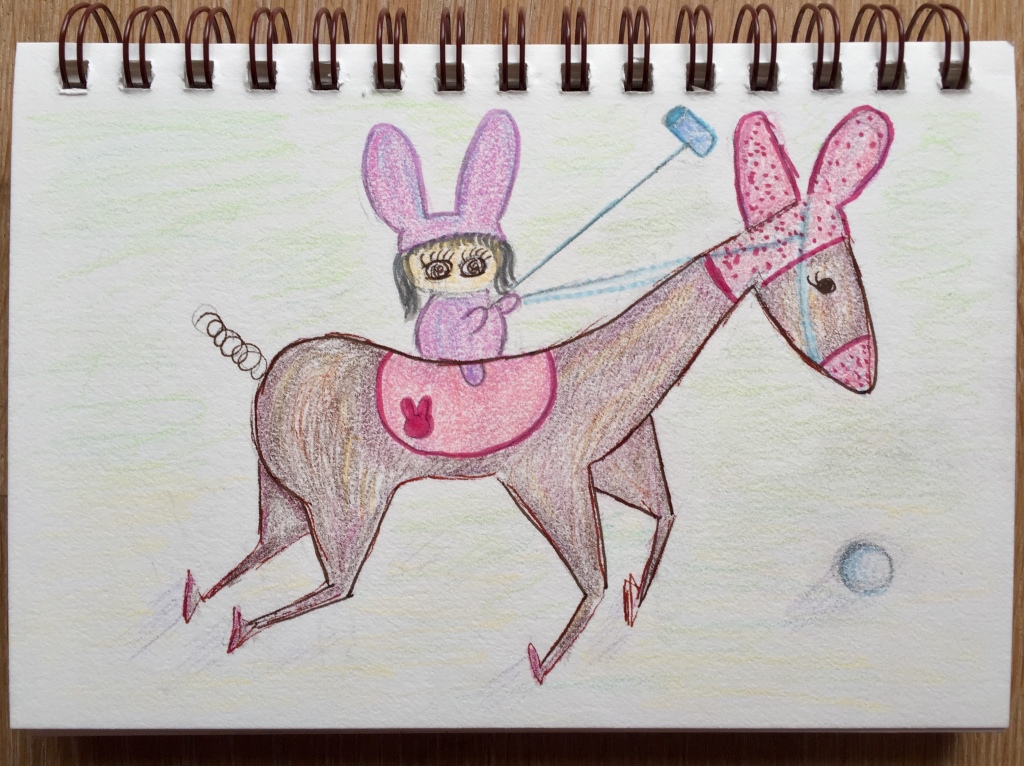 With the green and yellow background gone, the painting appears much cleaner. The light blue on the polo stick, reigns and ball got replaced by purple for clearer definition. I also strengthened the brown of the horse by going over it again with the same brown pencil. Then with a bit of blue (instead of pink or violet), I added some shade to give more dimension. The same blue was lightly drawn in on the ground for the shadows. To finish, I blended the colours with Derwent’s Blender Pencil. And now we’re talking! 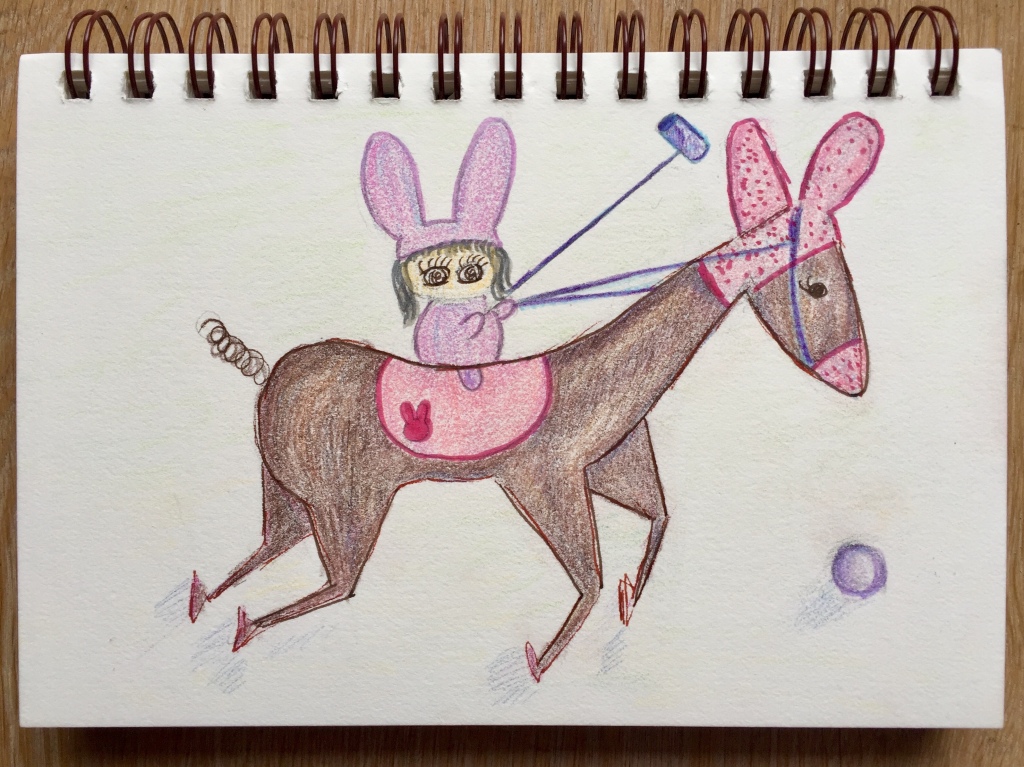 You may be wondering why I mentioned about the wrong colours and making corrections. Was that necessary? I think it was! The whole purpose of my blogs is to document the process in which I create. So rather than just focus only on how great it all went (which was the case anyway), I am happy to share the obstacles I had faced and been able to overcome. We all know nothing goes or turns out perfectly all the time so I’m not afraid to share. In fact, overcoming obstacles is a challenge for me, and that makes it all the funner. And of course what is important is that one is happy in the end. Am definitely much happier now how this little drawing turned out. A simple “fantasy” sketch still with its kawaii elements!