I needed a break from the Christmassy themes so decided to steer away from reds and greens this time. However, I was determined not to resort to pink again! Not saying I’ll never go back to using pink again but I wanted to discover and play with other colours too. For this piece, I then decided to go for complimentary shades of yellow and purple.

I had no plans to create a yellow background so I took two shades of yellow ink sprays by Dylusions and spritzed randomly on paper. Here I used 300gsm Cansons Mixed Media paper. Where there was excess ink, I turned the paper around and let it drip. I then lightly applied some Fixative Spray over it to prevent this water-based ink from smudging when layering over it. Once that was dry, I outlined my painting in pencil. That scrap of origami paper sitting in the corner was just to test if it could be used in this piece. And sure enough, I did end up using it later! 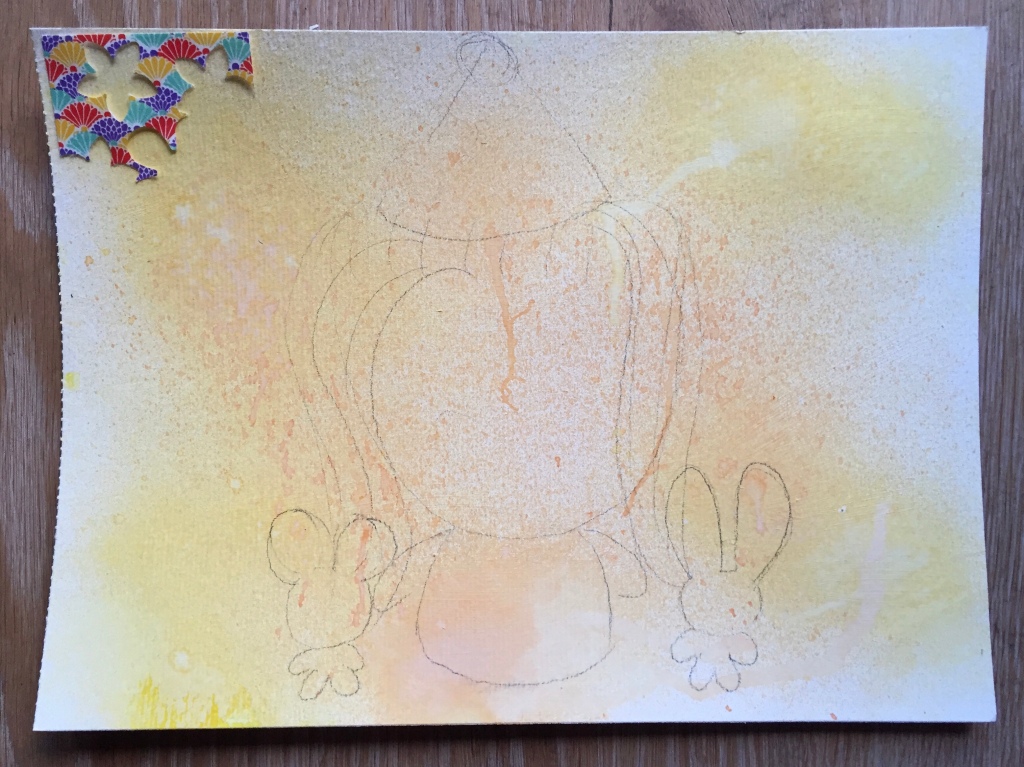 After designing, I felt more could be added. So I searched for a suitable ink stamp and came across a big flower pattern from Jane Davenport’s collection. I used a combination of Distress Ink and Distress Oxide in yellow. They ended up looking like slices of lemons which made it all the more interesting. Later though I ended up applying some white gesso with a bit of kitchen paper on parts that were too overdone, like the top left.

Now for Some Purple!

Sorry for the bad quality of the below photo as it was taken in the evening under artificial lights as opposed to natural light. I used Dylusions paints in Laidback Lilac on the Little One’s outfit and Crushed Grape for teddy and bunny. This time I decided to paint even the little animals in unconventional colours like purple rather than the more natural shades like brown. Great change from the usual again!

I drew in the hair and eyes of the Little One using ink markers including those from Faber Castell and Jane Davenport. Uni Posca pens were used as well for the white areas like the eyes. For the outfit, I glued on some scrap origami papers and added some details using Faber Castell markers in gold. Finished off the piece by stamping on some bubble-wrap patterns with gold Staz-on ink. And now… 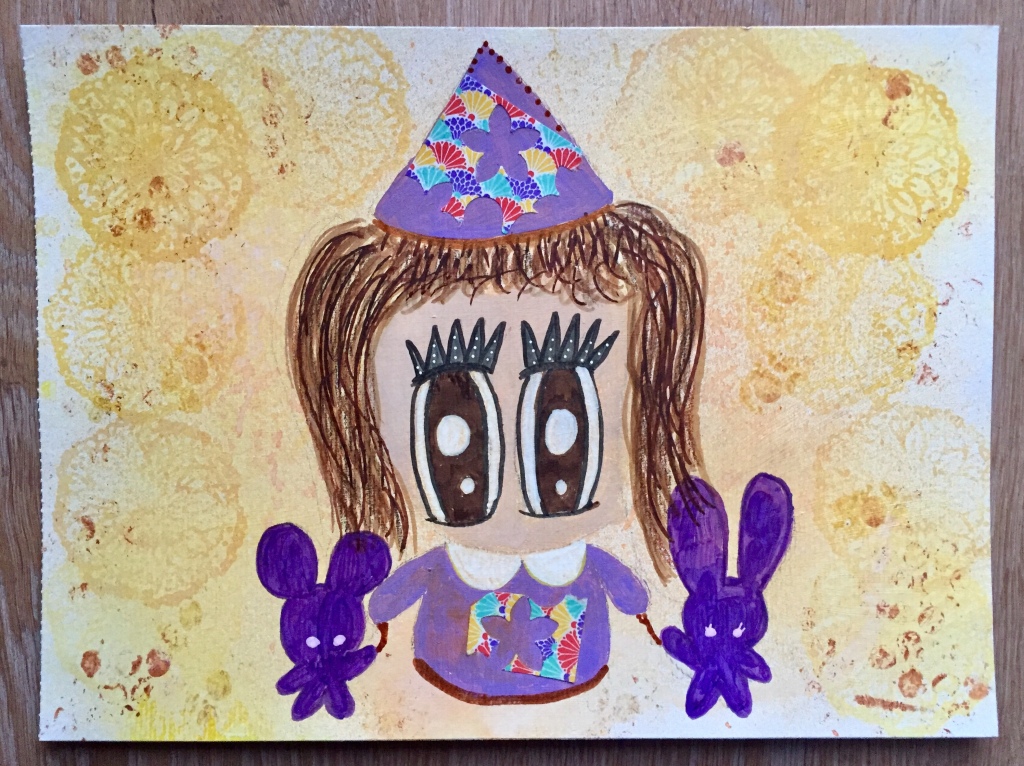 Another funky illustration featuring kawaii characters. When I finished this piece, though, the first thing that came to mind is that the eyes are incredibly huge. Too huge, in fact. But they soon grew on me, and when I asked my boyfriend’s opinion he found the whole drawing cute and that the eyes looked fine. Perhaps they are meant to be huge for this manga look anyway! On another matter, I’m pleased how this balance between the complimentary colours of yellow and purple turned out. The origami paper patterns certainly help bind the two together. And painting the animals purple as well, though darker than the outfit, worked very well. I’m happy. And I shouldn’t be afraid to be adventurous!