Sorry I was off the radar for a few days. Not only a bit busy but I’m also a perfectionist. I thought I had completed a painting and was going to blog about this until I decided something was missing from it so continued it last night. It was only this morning that I could take a good photo of it. The Little One is dressed up again in another fancy outfit all pretty in purple and beaming amid this mysterious background. 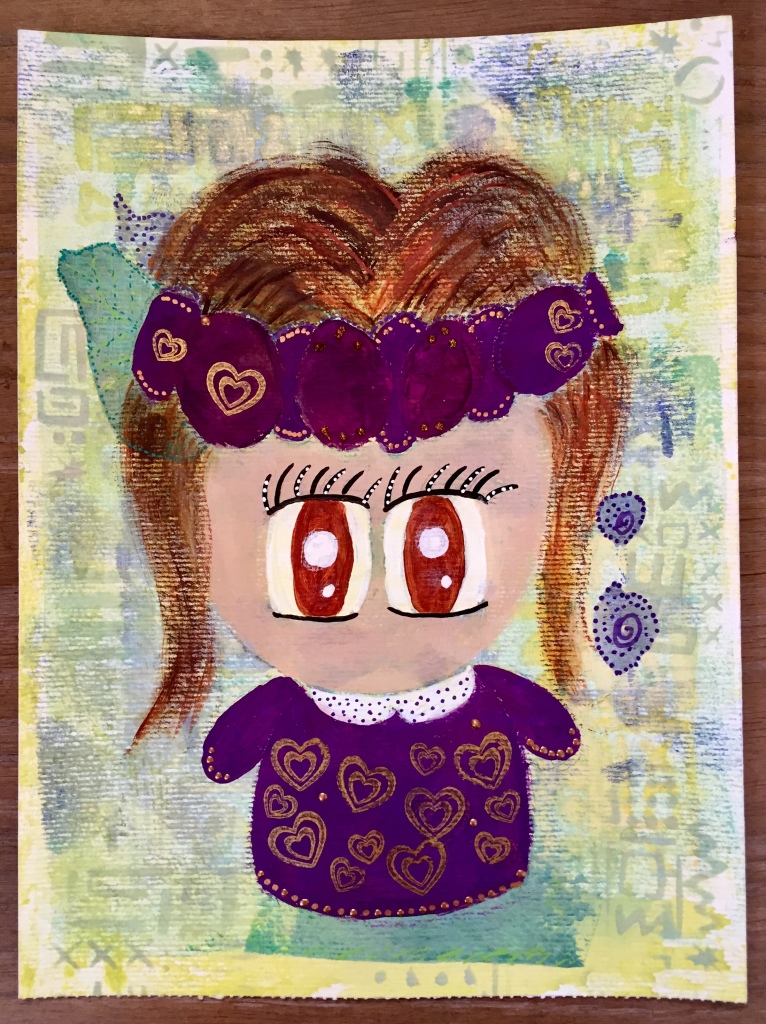 So about this mysterious background. I forgot to take a photo in the beginning but it started from scraping on some leftover paints (green and blue fluid acrylic) from a previous piece. After applying a coat of white gesso over it, I again tried some Gelli printing using a stencil and some Distressed Oxide but unfortunately it didn’t work out as planned. And so I proceeded in stenciling in the shapes instead, paying special attention to the edges and corners. Then with some coloured oil pastels, I outlined my Little One. 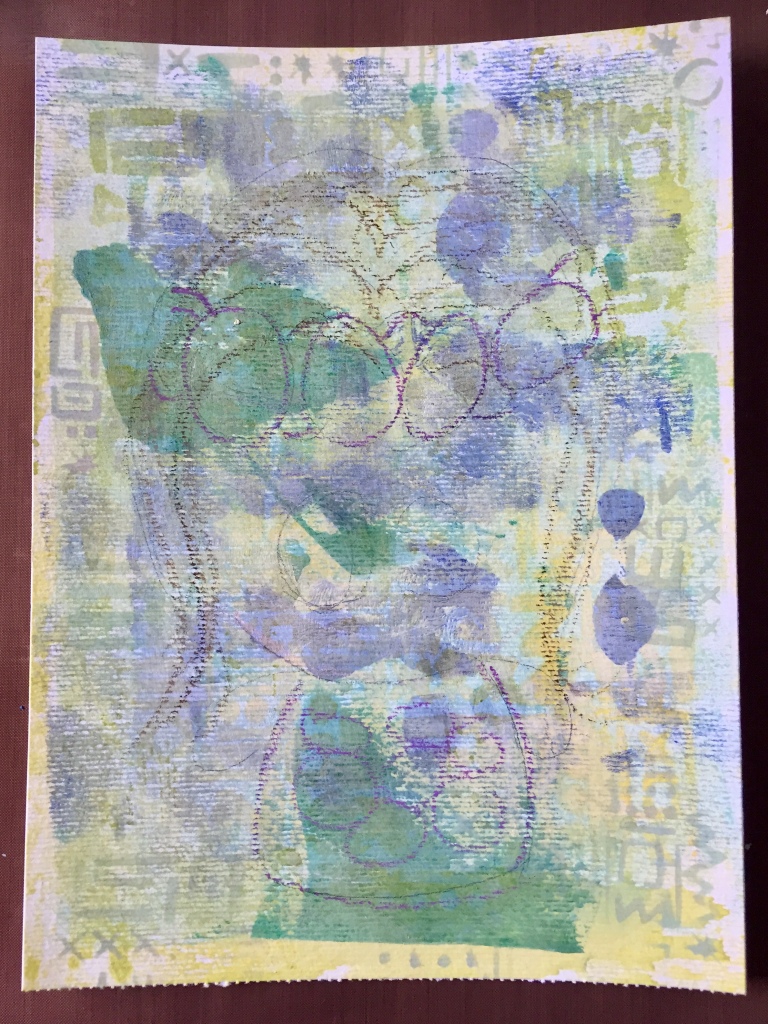 And now for some painting! I used Jane Davenport’s acrylic paints for the face and hair. The outfit was coloured in with Dylusions paint in Crushed Grape and also Dina Wakley’s Blackberry. Do you also notice how the green and blue paints hidden in the background happen to appear in the right places? On the ground beneath her, parts sticking out of her headband and then a couple of drops next to her! 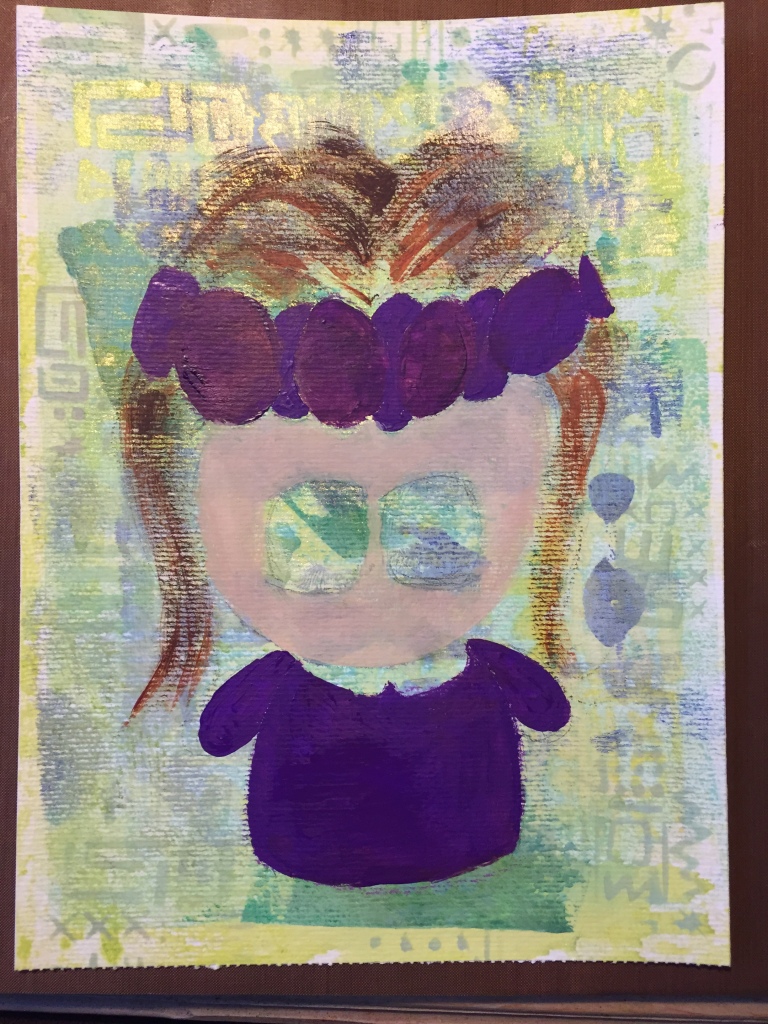 So I took advantage of those and traced them with some acrylic pens. Then I filled in the eyes with brown acrylic ink and the whites of the eyes with heavy-bodies white acrylic paint and Uni Posca pen for the inner part of the eyes. Lashes in Uni Posca pens as well. I dotted in some details on the outfit using Pebeo Deco Marker in gold. So I was hoping this was complete and left it at that.

A day later, I had a look at the piece again and felt something could be added. But what? I tried some ink stamping on the outfit using heart shapes and a gold Staz-on Ink. Now we’re talking! Then I got more enthusiastic and dotted on some metallic Nuvo Drops. And it’s looking so much better with Little One looking even prettier in purple!

Once again, always a pleasure to develop interesting pieces with leftovers. And cute pieces too. I also think the background turned out quite unusual so I wanted to add a funky “Roman-style” theme to the dress but in purple to contrast it with the yellow behind. The gold details give it a stunning finish. Am now well pleased with this painting!