Despite the heat, I wanted to test the radiator in my new apartment. All was good till I noticed the radiator in the kitchen was leaking! And one of the faucets in the boiler cabinet too! Floor all wet but no serious damage done. Plumber came and sorted them and now so far so good. Which made me want to create a theme for my next painting. Water Drops! 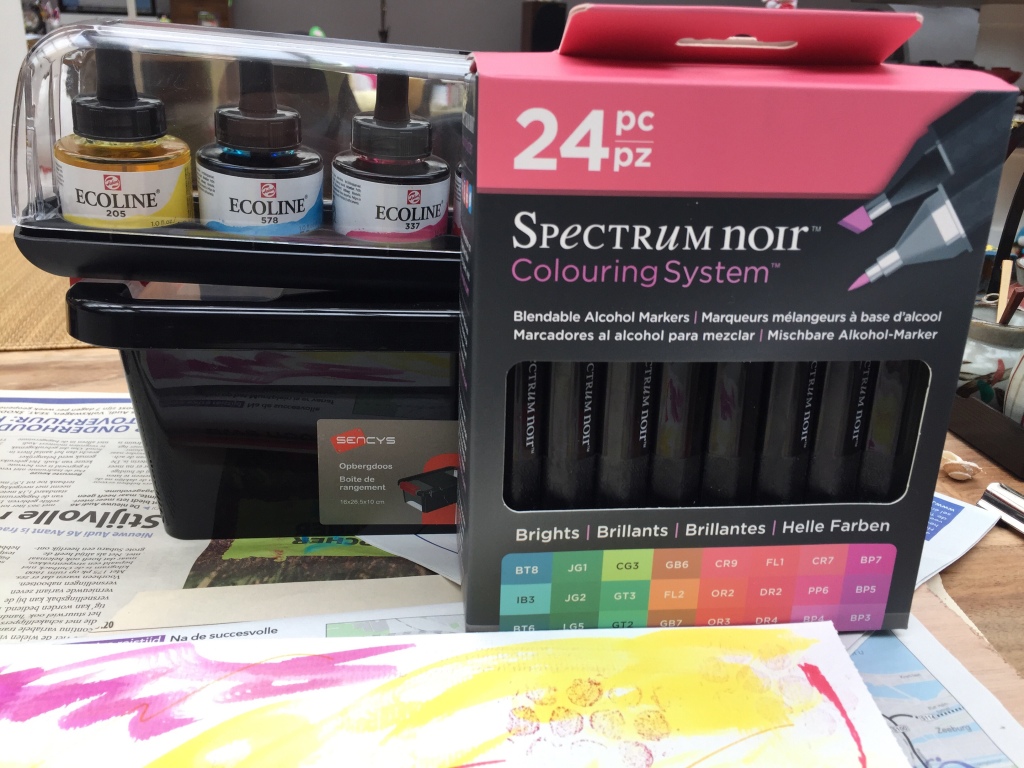 I found a box of felt pens in my drawer. Permanent alcohol-based ones from Spectrum Noir which had a nice series of bright colours. Alongside the water-based Ecoline inks, I found they worked well together and thus I created some fun background.

The water-based inks tend to smear when you paint over them but then give a blended effect. On the other hand, the permanent ones do not smudge and stay put which is great if you want your shapes to stay. For that reason, both types are handy to have. I stamped some bubble-wrap patterns with some ink and glued on some wrapping paper too. I then drew what I wanted on top firstly with water-soluble pencil and then traced the outlines with blue paint.

Here I drew five big water drops but unsure how to fill in the paper, I further drew some “clouds” above them and “sea waves” below. So long as the theme “water” stands, I thought that would be an idea. Besides it was quite a cloudy day yesterday! I filled in the drops in white (with ultramarine outline), the clouds and the nearest sea waves in Primary Cyan and the two farthest sea waves in Brilliant Blue. And the background was in Silver shimmer. I was not sure at first about the silver but after another layer of it, it grew on me. 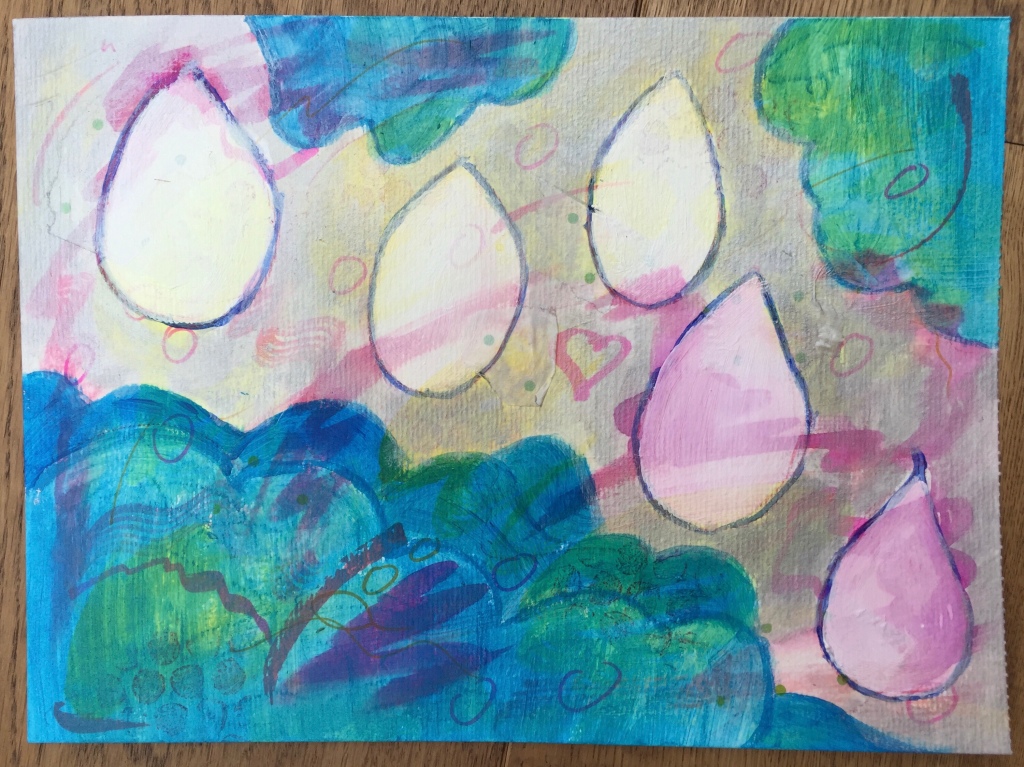 But the painting seemed somewhat incomplete. I was not sure what to do next. Embellish it with some ink and gel pens? Not sure if that would go with the water theme. Following my past painting in which I used a bit of origami paper as collage, I thought it would be an idea to experiment on that more. So I dug through my collection, including scraps from previous work and now (sorry for bad lighting):

And I figured this was the good time to add some details with ink. First some white and silver dots with felt pen on the cloud and sea and dots with indigo ink on the water drops. I then added some tiny water drops in the background with some blue ink.

Now am happy! A bit different from the style am used to doing which is fun. But still has the rounded anime look with the use of curves and bright colours. Plus the Japanese flair with the origami paper collages… I should do more of this sort of stuff more often!